Weir feels he can contend at the Masters 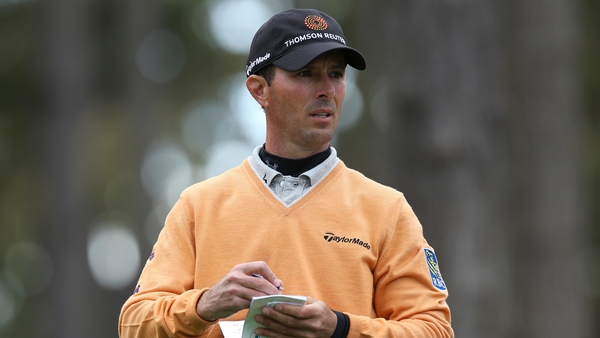 It has been almost seven years since Canadian Mike Weir last won on the PGA Tour.

He has battled injuries over the last few seasons and is trying to regain the form that saw him excel a decade ago. Weir has made the cut at only three events this year but feels his game is close to returning to form.

It’s his short game — normally one of his strengths — that has cost him of late. Weir has been working hard to correct things as he prepares for the two tournaments ahead of the Masters next month.

“I’m playing well enough to put myself right there,” Weir said Tuesday on a conference call. “It’s the same for everybody. You’ve got to put it all together at the right time. I’m just not doing that.

“I’m seeing some much better things, I’m striking the ball much more consistently. But I just haven’t been putting very well at all so that’s what I’ve been spending my time on.”

Weir is scheduled to play at the Valero Texas Open this week in San Antonio before heading to Humble, Tex., for the Shell Houston Open the following weekend. After that, the 2003 Masters champion will return to Augusta for the first major of the golf season.

“I really think I can contend there,” Weir said. “I still believe in myself more than anything. I think when I step on the grounds there I have confidence. Like I say, I know how to play that golf course, I have a great strategy for that golf course that really doesn’t change. I’ve had success with that.

“When I’m playing well, obviously I won there, but I’ve had some other good finishes and been in contention. So I feel like I can do some good things there this year.”

Weir, 43, pulled out of an event in late January due to a “tweak” in his neck. He has been training hard in recent weeks and is feeling strong and ready.

The native of Bright’s Grove, Ont., beat Len Mattiace in a playoff back in 2003 to become the first Canadian-born men’s player to win a major. Joining Weir in the field at Augusta this year is fellow Canadian Graham DeLaet, who will be making his Masters debut.

Weir feels the 32-year-old from Weyburn, Sask., could be a contender.

“I think Graham obviously has the type of game that can do very well there,” Weir said. “He hits it long, he hits it very high. He’s a powerful guy. He’s worked hard on his short game, which has gotten so much better.”

Weir added that the allure of the surroundings at Augusta can present a unique challenge for those making their debut at the tournament.

“It’s a bit of a surreal feeling that you’re actually there for the first time and playing where the greats of the game have played and walked,” Weir said. “For me, it was great to go across Hogan Bridge on 12 and see the different things in the clubhouse, the different memorabilia in the clubhouse and obviously Magnolia Lane.

“All of that, I guess that bit of mystique, once the tournament begins (you) kind of get past that. Get that out of the way early in the week and then get down to business.”

The Masters win is the lone major victory on Weir’s resume. His first PGA Tour win came at the Air Canada Championship in 1999, seven years after he turned pro.

He won once in each of the next two seasons, picked up three victories in 2003, and took the Nissan Open in 2004 before his last win at the 2007 Fry’s Electronics Open.

Weir, who finished eighth last December at the Franklin Templeton Shootout, is feeling bullish about his game and is ready to make his move.

“I’m definitely under the radar,” he said. “I hope to build on these next couple of weeks leading into the Masters. It’s obviously a course that I love. Hopefully (I can) draw on some good vibes and some good memories out there. I know how to play that golf course.

“Hopefully these (next) couple weeks provide some momentum leading in there.”