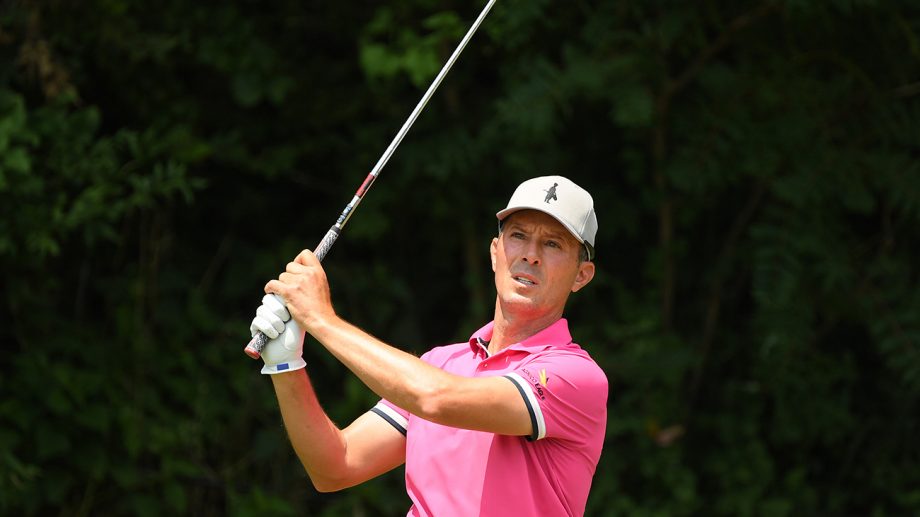 OMAHA, NEBRASKA - JULY 08: Mike Weir of Canada plays his shot from the 11th tee during the first round of the U.S. Senior Open Championship at the Omaha Country Club on July 08, 2021 in Omaha, Nebraska. (Photo by Quinn Harris/Getty Images)
Golf Canada

The 51-year-old from Sarnia, Ont., is in his rookie season on the PGA TOUR Champions and has already notched one win and four runner-up finishes in 20 starts over the course of the 2020-21 season.

Weir’s win at the Insperity Invitational in May was the former Masters winner’s first win since 2007 when he won the Fry’s Electronics Open on the PGA TOUR.

This will be the first time the PGA TOUR Champions is in Canada since the 2019 Shaw Charity Classic.

Canyon Meadows Golf & Country Club has hosted the event since its inaugural year in 2013 and is a par 70, 7,086-yard course.

Weir will be playing in a field alongside fellow Canadians Stephen Ames, David Morland IV, and Dennis Hendershott.

This will be Ames’ seventh appearance at the tournament, his best finish being a tie for fifth in 2015. Ames also has a win on the PGA TOUR Champions this season at the Principal Charity Classic in June where he narrowly beat out Weir by one stroke for the win.

Weir, who’s currently ranked No. 8 on the Charles Schwab Cup, said he feels great being back in Canada.

The event will allow 2,000 spectators each tournament day.

American Wes Short Jr. is the defending champion of the event. He won with a birdie on the final hole to win by one stroke over Scott McCarron, who won the event back-to-back in 2017 and 2018.