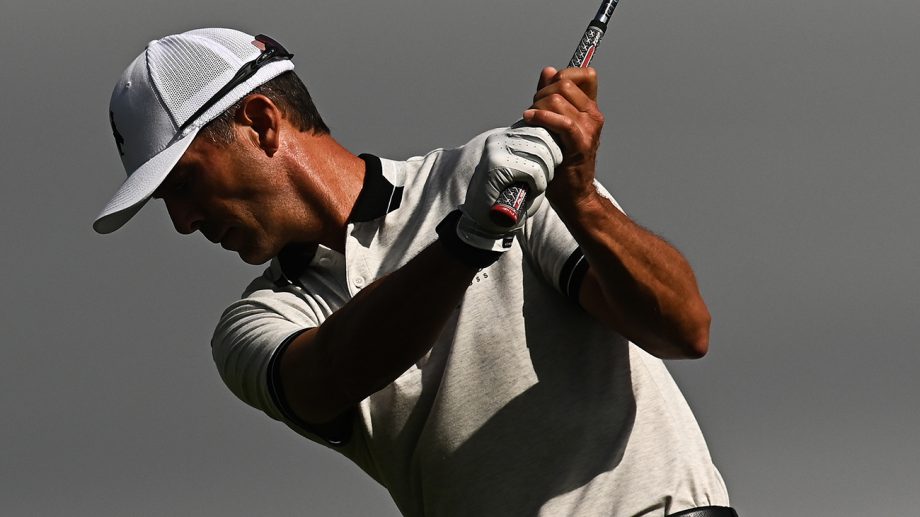 PHOENIX — Kevin Sutherland hit a sand wedge to inches on the par-5 18th for one last birdie on a windy Saturday afternoon in the desert at the Charles Schwab Cup Championship.

Sutherland shot a 7-under 64 to take a five-stroke lead into the final round at Phoenix Country Club. He had a 13-under 129 total.

“Yeah, it played hard, I just hit a lot of shots really close to the hole, hit it solid,” Sutherland said. “What was important for me today was I holed out of the bunker on 6. At that point I felt I couldn’t find a rhythm. After that, I I hit just about every shot right on the button and made a few putts and got a couple really close and just kind of snowballed.”

The tournament is the final official event of the year, but not the season as in the past. Because of the coronavirus pandemic and subsequent loss of tournaments, the 2020 and 2021 seasons have been combined with the Schwab Cup winner to be determined in a year.

The 56-year-old California player won the 2017 event — as well as the season points title — at tree-lined Phoenix Country Club for the first of his three PGA Tour Champions victories.

“This place has been so good to me,” Sutherland said. “It’s hard to believe that was three years ago that I won here and I won the Schwab Cup. This place has great memories for me.”

Sutherland had eight birdies and a bogey, playing the back nine in 5-under 30 in the high wind.

“My ball was wobbling on the tee on 16, it was kind of disconcerting,” Sutherland said. “It was a little disconcerting watching the ball kind of wobble a little bit as you’re getting ready to hit it. When it’s windy like this, you’ve just got to go.”

“It was tough conditions I thought for the way the wind was blowing,” Short said. “I just didn’t hit it in play enough off the tee to really attack. It was just like defence-mode all day.”

Canada’s Mike Weir also ended the round with a score of 69, placing him in a tie for fifth place going into the final round. Fellow Canadian Stephen Ames shot a 72 and ended the round at T19.

“The way this course is, someone’s going to shoot a good round,” Sutherland said. “I might have to shoot something at least 3 or 4 under par tomorrow to win. It doesn’t change my mindset at all. ”

First-round leaders Paul Goydos and Brandt Jobe dropped back after their opening 64s. Jobe was 5 under after a 73, and Goydos had a 75 to fall to 3 under.