Inside the clubhouse at the RBC Canadian Open! 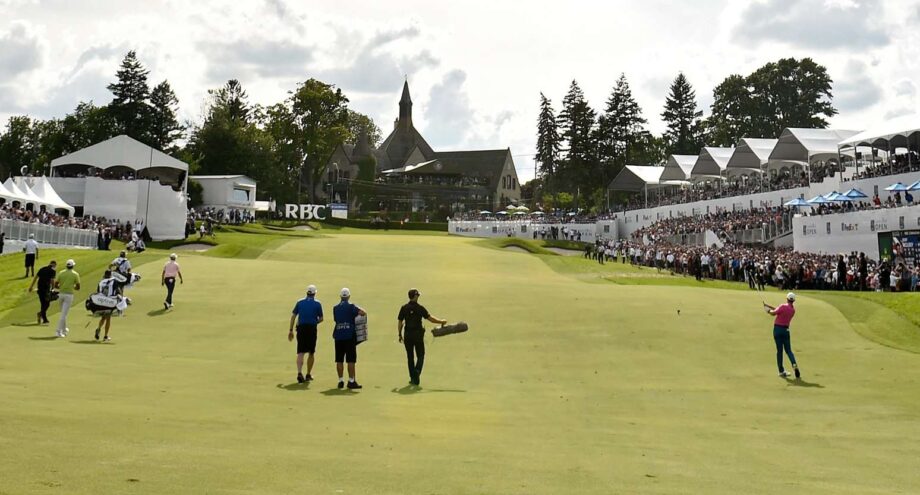 ETOBICOKE, ONTARIO - JUNE 12: Rory McIlroy of Northern Ireland plays his shot on the 18th hole during the final round of the RBC Canadian Open at St. George's Golf and Country Club on June 12, 2022 in Etobicoke, Ontario. (Photo by Minas Panagiotakis/Getty Images)
Golf Canada

After 1093 days and two years of cancellations due to the global pandemic, the world’s best golfers returned to Canada for our National Open.

The anticipation leading up to the this year’s tournament has been second to none and the turnout speaks for itself.

“It’s unbelievable, the atmosphere out there today was, I mean I can’t remember the last time I played in an atmosphere like that. It was really special,” said Rory McIlroy following his third round performance.

With the use of drone technology, Golf Canada captured dynamic and innovative views inside the clubhouse and on the grounds overlooking the 18th hole at St. George’s.