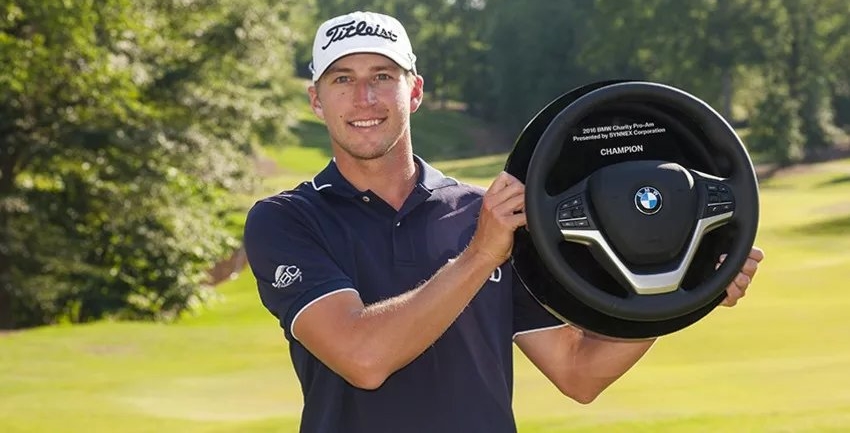 GREER, S.C. – Richy Werenski won the BMW Charity Pro-Am on Sunday for his first Web.com Tour title, finishing with his second straight 6-under 65 for a two-stroke victory.

Werenski, the 24-year-old former Georgia Tech player who won the Golf Channel’s “Big Break” series last year, birdied the par-5 15th and 16th holes and closed with two pars at the Thornblade Club. He finished the three-course event at 21-under 265.

“I feel the same as I usually feel. It hasn’t set in,” said Werenski, based in Bluffton, South Carolina. “I knew if I went out there and played solid, that’s all you can do. I’ve learned my last two tournaments that it’s either your day or it’s not.”

Werenski made $121,500 to jump from seventh to second on the money list with $258,958 – more than enough to earn a PGA Tour as a top-25 finisher in the regular season. He tied for second this season in the Club Colombia and El Bosque Mexico championships.

“This is a totally different year than last year. I was fighting to get through the reshuffles. And now this year I can go out and keep playing and tallying up the money. I’ve got my PGA TOUR card, but my goal is to be No. 1 on the money list. I want to be fully exempt for next year.”

On the par-4 18th, Werenski drove into the left rough and hit his approach over the green. He chipped to 2 feet to set up the winning par putt.

“I tried my best not to look at a scoreboard until the very end, and I can say I did that until 18,” Werenski said. “That’s something my coach told us at Georgia Tech – scoreboard watching brings in way too many variables. And you don’t’ want to pay attention to that, so I didn’t really know where I stood.”