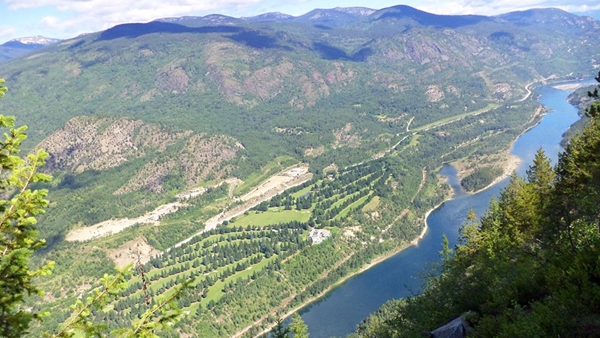 The 54-hole stroke play championship will feature some of the West Coast’s top junior golfers aged 11-18. Players will vie for titles in a Junior Boys and Junior Girls division.

“Golf Canada is looking forward to hosting this exciting junior event in Trail, B.C.” said Golf Canada Tournament Director Mary Beth McKenna. “Many of B.C.’s junior golfers have had a great amount of success at CN Future Links Championships in the 2014 season thus far. It will be exciting to see who will claim the champion titles at this event.”

“We’re really looking forward to seeing so many talented junior golfers from across the country play our course,” said Birchbank’s Director of Golf, Dennis Bradley. “We were looking for an opportunity to help promote junior golf in Canada, so when this opportunity arose, we couldn’t refuse.”

Present in the field this year are many of British Columbia’s most talented junior golfers, including Zach Anderson, 17, of Nanaimo. Anderson was the 2013 CN Future Links Prairie Champion, as well as the CN Future Links Pacific Champion in 2012. Anderson has yet to claim a CN Future Links Champion title in 2014, making him one to watch in Trail this year. Other B.C. natives in the Junior Boys division include Logan Yanick, 17, of Courtenay and Trevor Yu, 17, of Vancouver.

Representing B.C. in the Junior Girls division is 18-year old Annie Songeun- Lee of Surrey, who has already made strong 2014 appearances in both the CN Future Links Pacific Championship and the Canadian Women’s Tour event in Parksville. Joining Lee in the field is Ashley Cai, 15, and Marie Donicci, 18, both of Vancouver.