What’s new in the 2015 Championship season 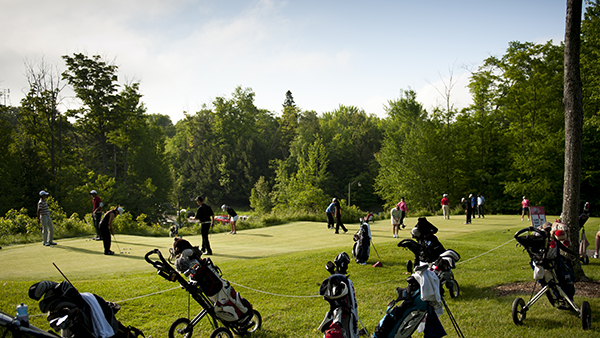 As we strive to conduct best-in-class tournaments, our staff and volunteer committees are continually identifying areas where we can improve our championships and provide opportunities to our players to enhance their tournament experience.  The championship schedule for 2015 will present some new initiatives to our women’s championships and exciting changes to our other competitions.

With the growth of female golf around the world, Golf Canada was fortunate to have been able to host the inaugural World Junior Girls Championship last September.  The 2015 edition will be held September 20–25 in the nation’s capital at The Marshes Golf Club.  It is an excellent course with first class facilities and accommodations nearby that will provide an atmosphere deserving of a World Championship.  Details of the World Junior Girls Championship tournament can be found here.

The Canadian Women’s Tour is back for its fourteenth season.  This Tour provides a competitive platform for Canadian and international professionals and elite amateurs to hone their skills, while also offering exemptions into the Canadian Pacific Women’s Open.  The first stop on the tour will be held at the Glencoe Golf & Country Club (Meadows Course) in Calgary from May 25–27. The second leg of the tour will make its way to the Ottawa area in early July.  The Tour will conclude at the PGA Women’s Championship of Canada from July20–22 at the Burlington Golf & Country Club in Burlington, Ont.  Interested professional and amateur competitors can register for the Canadian Women’s Tour on our championship schedule.

Golf Canada and PGA TOUR Canada have partnered for the past three years to conduct the final stop on the schedule.  This year, the TOUR Championship of Canada presented by Freedom 55 Financial – PGA TOUR Canada’s flagship event – will be played at Highland Country Club in London, Ont.  A classic 6,600-yard, par-70 Stanley Thompson design located in the heart of London, Highland Country Club has been one of the city’s finest member-owned private clubs since 1922. Conducted by Golf Canada, the TOUR Championship of Canada presented by Freedom 55 Financial will once again see the culmination of the race to finish in The Five and earn status on the Web.com Tour. For more information on the TOUR Championship presented by Freedom 55 Financial, please visit here.

Registration is open for all tournaments and players may register for the season through Golf Canada’s championship schedule.  Volunteers can register for our national championships via the schedule or for all other tournaments, through the host golf club.