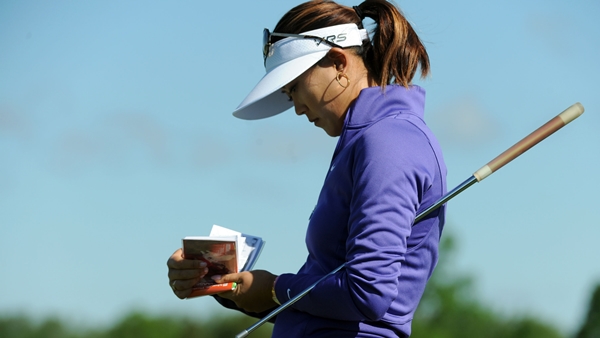 Wie, the winner in Hawaii in April, birdied three of the last four holes in her morning round. She’s seeking her second victory in Canada after winning the 2010 Canadian Women’s Open in Winnipeg.

Park had a bogey-free round in the afternoon. Last year, the South Korean player beat Angela Stanford on the third playoff hole after they finished at 26-under 258 to match the tour record for lowest total score.

China’s Shanshan Feng was a stroke back, and countrywoman Xi Yu Lin matched Cristie Kerr with a 67.

Stacy Lewis had a 69 in her first round since taking the top spot in the world with a victory Sunday in New Jersey. Second-ranked Inbee Park also shot 69, and No. 3 Lydia Ko had a 71.

Team Canada’s Brooke Henderson, 16, leads the nine player Canadian contingent. The Smiths Falls, Ont. native who is the world’s No. 3 ranked women’s amateur opened with a 1-under 70. She finished her opening-round with consecutive birdies on Nos. 17 and 18.

Sue Kim of Langley, B.C. and Jennifer Kirby of Paris, Ont. were a stroke back after even-par 70s, leaving them tied for 54th.

Hamilton’s Alena Sharp, Charlottetown’s Lorie Kane and Erica Rivard of Tecumseh, Ont. were tied for 87th at 2-over 73.