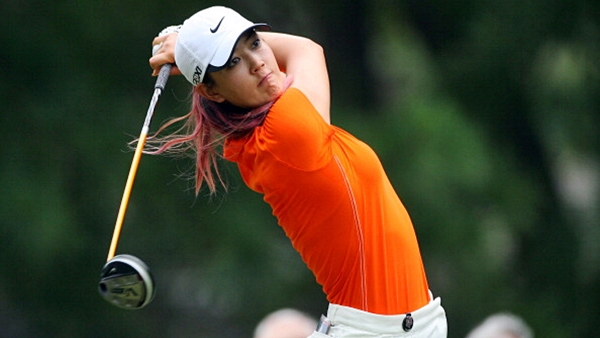 Waterloo, Ont. – Three past LPGA Tour champions have confirmed they will  join the field for the third annual Manulife Financial LPGA Classic at Grey Silo Golf Course from June 4-8, 2014.

“We are thrilled that these top golfers are returning to play in the Manulife Financial LPGA Classic,” said Marianne Harrison, President and CEO, Manulife Canada. “The tournament is heating up and we can’t wait for the same level of excitement from years past. Hope to see you there!”

Michelle Wie is one of women’s golf most recognizable faces. She turned pro just shy of her 16th birthday and is a two-time winner on the LPGA Tour. Her most recent victory came in 2010 at the Canadian Women’s Open and she will look to recapture some of that magic she found in Canada in this year’s running of the Manulife Financial LPGA Classic. Wie has been in the top 16 in all six of her starts this season, most recently falling behind Lexi Thompson at the Kraft Nabisco Championship for second place. She currently sits 24th in the Rolex Women’s World Golf Rankings.

Two-time LPGA Tour winner Lydia Ko is still looking to capture her first LPGA victory as a member of the Tour. Ko won both the 2012 and 2013 Canadian Women’s Open, as an amateur and non-member. Ko turned professional in October 2013 and was granted membership for the 2014 season by LPGA Commissioner Mike Whan. Two months after turning professional, Ko won her first event as a pro at the Swinging Skirts World Ladies Masters on the Korean Ladies Professional Golf Association Tour (KLPGA). Currently, Ko sits in the number four spot in the Rolex Women’s World Golf Rankings.

Natalie Gulbis leapt into the media spotlight in 2005 as one of the most popular female golfers in the United States. Her popularity hasn’t lost any steam over the years as Gulbis has an impressive 189,000 followers on Twitter, and proudly supports the Boys & Girls Club of America. In 2013, Gulbis competed in 20 events, making 17 cuts with one top-10 finish. Gulbis recorded a season-best tie for ninth at the RICOH Women’s British Open, and currently sits 131 in the Rolex Women’s World Golf Rankings.

“We have the best fans in the world; they are dedicated, and extremely supportive,” Richard Kuypers, Manulife Financial LPGA Classic Tournament Director. “Michelle, Lydia, and Natalie are scheduled to compete in Waterloo. Our fans will have a lot to cheer for in 2014!”