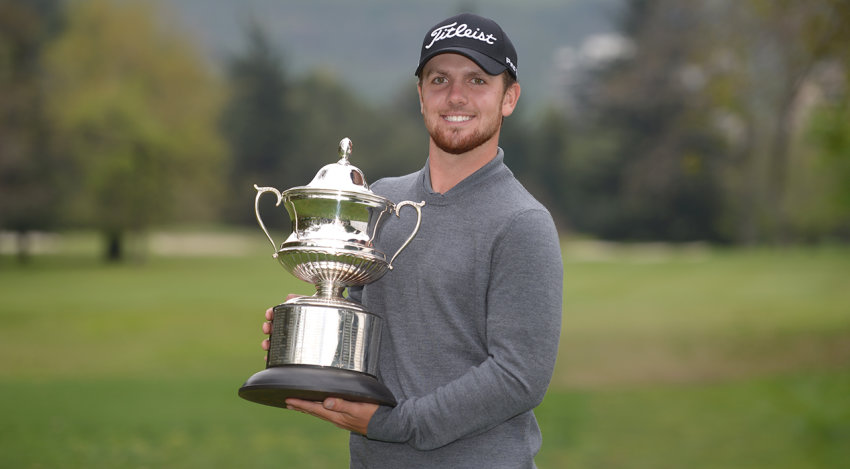 Bateman’s closing 67 lifted him above Rafael Campos. Bryan Martin, who shared the 54-hole lead, finished two behind Bateman’s mark of 24-under 264 at the Golf Club Los Leones.

With birdies on the last two holes for a 66 for the third consecutive day, Puerto Rico’s Campos finished at 23-under. A stroke behind, American Bryan Martin closed with a 69.

Chilean Guillermo Pereira, one of the protagonists of the week, made 69 and finished in a three-way tie for fourth place. He shared this position, six strokes of the champion, with American Jonathan Page and Argentina’s Rafael Echenique.

“What an incredible experience today was,” said Bateman, who at 22 became the fourth youngest champion in PGA TOUR Latinoamérica history.

“Rafa and Bryan put up a great fight. It was great we all played very solid most of the time. It feels great to end up winning when we all were making birdies.”

After making three consecutive birdies on holes 4, 5 and 6, Bateman took the lead alone for the first time. Although Martin managed to overtake him with his own trio of birdies on holes 8-10, a bogey at 11 evened the tournament again.

Bateman went back ahead with a birdie on No. 13 and his advantage was doubled when Martin made a bogey at 14.

Campos made birdie at 17 to move within one shot of the leader. So the fight was concentrated on the final hole, a 511-yard par-5. After Bateman missed his 45-foot eagle try, Campos narrowly missed his eagle putt from 30 feet that would have likely forced a playoff.

With his victory in Chile, his first PGA TOUR Latinoamérica and the second of his professional career, Bateman jump to eighth place in the Order of Merit after beginning the week in 64th. He also becomes the first Canadian to win on the tour.

“Now this changes my calendar because I had planned to play (the Web.com Tour qualifying tournament) in two weeks,” he said.” I think that now I’ll play the last six tour events because it is important to finish at least in the top-10 of the Order of Merit to gain exemption to the School Finals. The goal is to gain status on the Web.com Tour, so I’ll concentrate on the next tournament and see what happens