Will Masters boast world’s most beautiful parking lot, too? 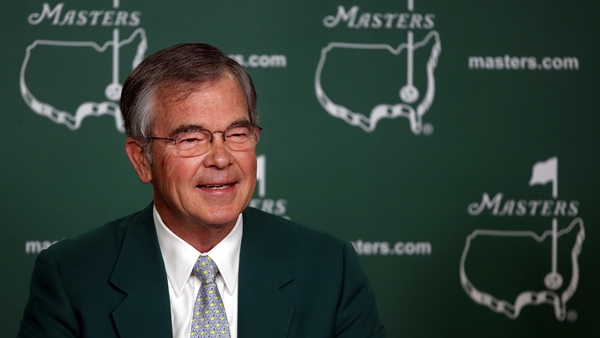 AUGUSTA, Ga. – Owning what is arguably the most beautiful golf course in the world apparently isn’t enough for members of Augusta National. Soon they may lay claim to the world’s most beautiful parking lot, too.

Chairman Billy Payne hinted as much while fielding questions following his annual “State of the Masters” address.

The club recently bought a roughly 2-square-mile parcel of land just north of the golf course that has been used as a parking lot for the Masters. Berckman’s Road, which currently separates the two properties, will be diverted farther north to form one contiguous parcel.

“While it will continually be maintained every year as a parking lot, it will look appropriately as though it belongs inside the fences of Augusta National,” Payne said.

“Imagine parking … a few years from now in a very beautiful park, and walking to the admissions gate without having any interference by cars or carts. It will be a straight, uninterrupted walk, a beautiful walk. We’re pretty good at landscaping, as you know,” he added a few moments later to laughter, “so you can kind of imagine what it would look like.”

Asked later whether the expanded parcel would encourage the club to consider expanding the golf course itself – hole No. 5, which abuts Berckman’s, is the only likely candidate at the moment – Payne replied, “Yes, through time it will, yes.”

The parking lot wasn’t the only long-term beautification item on Wednesday’s agenda.

In yet another tribute to the soaring loblolly pine known as Eisenhower’s Tree – felled during an ice storm in February 2014 – club officials said they had managed to preserve a seedling that may be replanted someday.

The tree stood guard along the left side of the 17th fairway about 210 yards from the tee. It so frustrated former president and Augusta member President Dwight Eisenhower during his rounds here that he campaigned for years to have it removed. Nature finally took care of that.

“While we learned last year that the absence of the Ike’s Tree … did not impact scoring average on the hole, who knows what the future holds or what future chairmen might decide to do with these priceless specimens,” Payne said.

Following the withdrawal of Australian Marc Leishman, there are 97 players in this year’s field. Payne said Masters officials intend to keep the number around 100.

“We look at that periodically, and we are prepared if necessary to make changes to the qualifications. … The restricting factor to the field size is the amount of daylight hours during early spring. We already push the envelope very closely when we get at or about a hundred players.

“If it regularly got more than that, we would have to do something,” he added. “I don’t know what it is, but we would do something.”