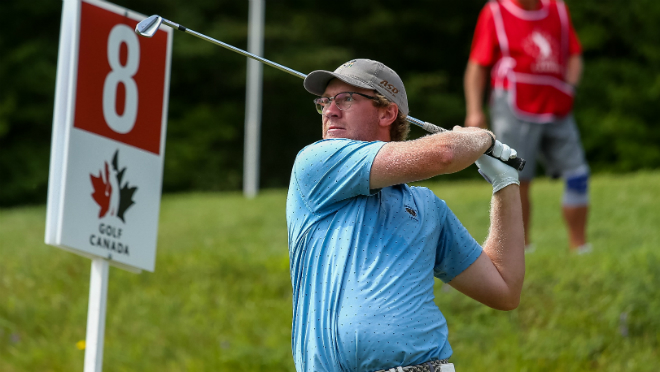 Buhl, who was born in Oslo, Norway, carded a round of 3-under-par 67, moving to 8 under for the tournament. A member of the University of Arkansas golf team, Buhl made four back-nine birdies to open a convincing lead heading into Thursday’s final round. All three of the 22-year-old’s rounds have been in the 60s.

Buhl is only the second player representing Norway to play the Canadian Men’s Amateur Championship in the tournament’s 115-year history, joining Kristoffer Ventura. Ventura finished in a tie for fifth in 2016 and is now playing on the Korn Ferry Tour.

“It’s good to represent Norway,” said Buhl. “It’s still part of my heritage, so being able to represent them and being able to be out in front is a great feeling. Glen Arbour is a very good golf course. It’s gettable, but also has its strong points as well.”

Sitting five strokes back of Buhl is Luke Kluver (Norfolk, Neb.) at 3 under par. Kluver entered the third round in a tie for fourth at even-par, but five front-nine birdies vaulted 19-year-old into second place.

Jacob Eklund (Carbondale, Ill.) and Julien Sale, a Gatineau, Que., resident representing France, are tied for third at 2 under. Both shot under par in round three, with Sale carding 3 under and Eklund firing a round of 2 under.

Johnny Travale (Stoney Creek, Ont.) rocketed up the leaderboard with a round of 4-under-par 66 – tied for the lowest score in the third round. Travale is a former member of the Team Canada National Junior Squad and is alone in fifth place at 1 under. The 18-year-old held a share of the lead after round one.