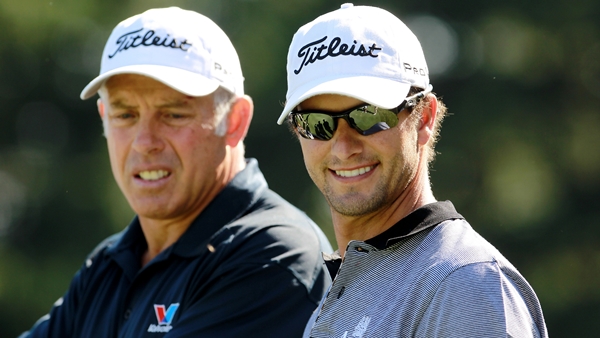 SYDNEY – The ex-caddie of Tiger Woods says his one regret was his television interview on the 18th green after Adam Scott won at Firestone.

Scott won the Bridgestone Invitational in 2011, and Steve Williams got most of the attention for an interview right after the tournament ended. Williams had spent 12 years with Woods until getting fired a month earlier and told David Feherty of CBS Sports, “I’ve caddied for 33 years – 145 wins now – and that’s the best win I’ve ever had.”

In an interview with Fox Sports Australia this week, Williams said it was a mistake.

“Firstly, when you’re a caddie that never happens,” Williams said. “Of course, I was unbelievably excited. I’d been through a pretty emotional period, and a pretty rough period the preceding 12 or so months with the fallout from Tiger. I never expected someone to put a microphone in your face when you walk off the 18th green as a caddie. That’s never, ever happened before, and obviously I was pretty emotional at the time.

“Some things you regret,” Williams said. “That would be one of them.”

The comments were stunning by numbers alone. Williams had been on Woods’ bag for 72 wins worldwide, including 13 majors and 16 World Golf Championships. And it showed the deep resentment he felt toward Woods.

That interview did even more damage later in the year.

It was so memorable that the European Tour caddies jokingly gave Williams the “Celebration of the Year” award during an annual roast for caddies in Shanghai. Upon accepting the award, Williams used a racial slur about Woods in talking about the interview.

That led to headlines over the next two days, and Williams apologized to Woods when he saw him the following week in Australia.