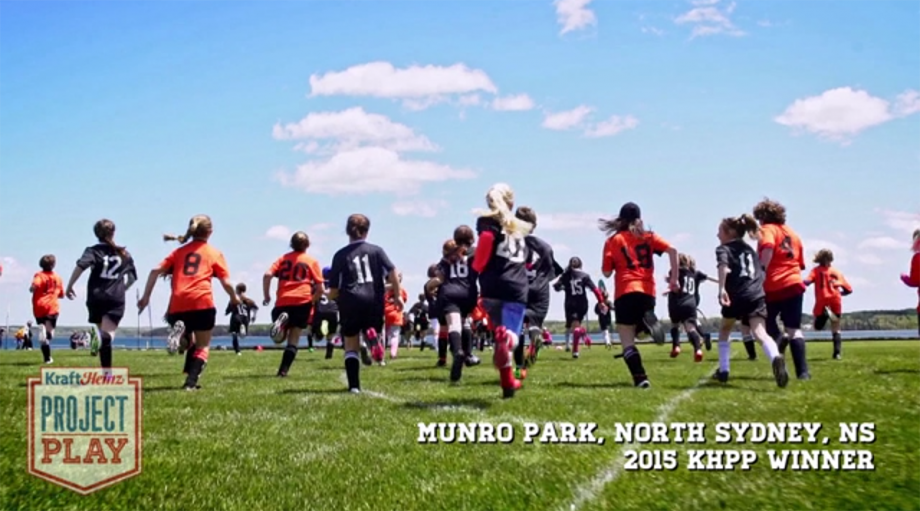 TORONTO – From soccer fields to baseball diamonds to the golf course, playing forms friendships, and creates memories while building community. That’s why Kraft Heinz, TSN and RDS, are joining forces for a 10th year to continue building better places to play from coast-to-coast-to-coast.

“Play brings us together; it encourages a healthier lifestyle, it inspires imagination, it teaches values and most importantly, it builds a sense of community,” said Joanna Milroy, Marketing Director, Kraft Heinz. “We’re thrilled to help bring communities together by investing in the places they play and grow up in together.”

Kraft Heinz Project Play is once again partnering with Bell Media’s TSN and RDS, which will see the program amplified across the network’s industry-leading platforms with integration in live programming, on TSN.ca and RDS.ca, and across TSN’s and RDS’s official Facebook, Twitter, and Instagram accounts.

TSN’s James Duthie returns as Kraft Heinz Program Ambassador for the fourth consecutive year, and RDS’s Valérie Sardin joins the Kraft Heinz Project Play team as a first-time Program Ambassador. Through their passion for sport, both ambassadors will encourage Canadians to participate and nominate their facility in an aim to build better places to play in their communities, with original content appearing at KraftHeinzProjectPlay.com, and on TSN and RDS’s social media accounts throughout the campaign.

“It’s a true privilege to return as a Program Ambassador for Kraft Heinz Project Play,” said James Duthie. “I love seeing the impact this incredible program has on communities across Canada, and the increased focus it places on local sports and places to play.”

“It is with great pleasure that I join the Project Play team as a Program Ambassador,” said Valérie Sardin. “Physical activity has always been an important part of my life, and I strongly believe in the importance of providing all Canadians with access to better places to play.”

NOMINATE YOUR COMMUNITY TODAY!
Beginning today, August 7, 2018, through to September 16, 2018, Canadians can nominate the places, spaces and projects that keep their communities playing, active and united at KraftHeinzProjectPlay.com.

The Top Four Kraft Heinz Project Play finalists will be announced October 13, 2018 on TSN and RDS. Canadians can then vote for their favourite community project at KraftHeinzProjectPlay.com.

The Kraft Heinz Project Play Grand Prize winner will be announced on October 28, 2018 on TSN and RDS, earning a quarter of a million dollars ($250,000) for a recreation facility upgrade. Three second-prize winners will each receive $25,000.