Four tied for the lead at windy Innisbrook 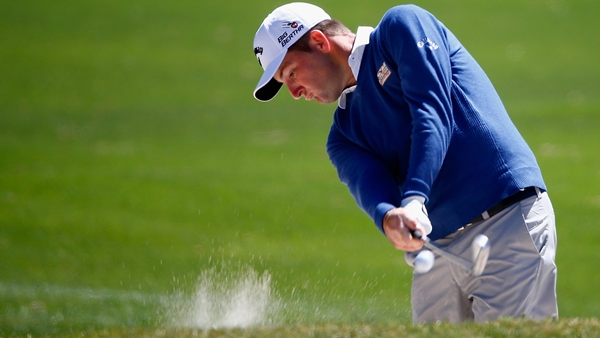 PALM HARBOR, Fla. – Matt Every made the best of the worst conditions Thursday at Innisbrook. Danny Lee, finally, seems to be playing good golf in any weather.

They were among a four-way tie for the lead after the opening round of the Valspar Championship, a day so challenging that 3-under 68 was the highest score to lead after the first round in the 14-year history of this event.

Pat Perez and Greg Chalmers also had 68s to share the lead.

Every was the only one among the leaders to play in the morning, when the temperatures were in the mid-50s and felt even colder because of a strong wind. He had three birdies on his last four holes, all of them about 15 feet or longer, and was five shots better than he would have hoped when he teed off.

“I would have been satisfied with 2 over today,” Every said. “It was tough. This morning you couldn’t feel your hands. The wind was brutal.”

Lee was in the last group, and how he got to Tampa Bay explains why he was one of the leaders.

The former U.S. Amateur champion had missed every cut this year, and six straight dating to the OHL Classic in Mexico last November. That changed last week in the Puerto Rico Open, when he posted all four rounds in the 60s to finish second to Chesson Hadley.

That got him into the field at Innisbrook, and Lee kept right on rolling.

He ran off three birdies in five holes to start his round and was the only player all day to reach 4 under with a birdie on the par-5 first. He dropped his only shot on No. 6 when he failed to get up-and-down from the bunker.

“I gained a lot of confidence after last week playing with the finish in Puerto Rico,” Lee said. “It really helped me a lot with that confidence stuff, and I’m hitting it really well right now. My ball striking is the best it’s ever been, especially with the putting. I got the new claw grip – still working great, which is fantastic.”

Only 25 players managed to break par.

Matteo Manassero, who didn’t break 74 in four rounds at Doral last week, was in the large group at 69 that included Nicolas Colsaerts and Bill Haas. Russell Knox, who lost in a four-man playoff two weeks ago at the Honda Classic, was in the group at 70. John Merrick made bogey on his last two holes for a 70, while Peter Uihlein made birdie on two of his last three holes, including a 35-foot putt on his last hole, for a 70.

This is a big week for Uihlein, a European Tour member, who is No. 73 in the world. He has only two more tournaments to try to get into the top 50 in the world and become eligible for the Masters.

Justin Rose, at No. 7 the highest-ranked player in the world at Innisbrook, Luke Donald and 20-year-old Jordan Spieth were among those at 70.

Mike Weir of Brights Grove, Ont. opened with a 1-over 72, as did Stephen Ames of Calgary.

Graham DeLaet of Weyburn, Sask. was 4-over-par on the day, he shot 75.

More cold was expected Friday morning before the warming trend returns the rest of the week.