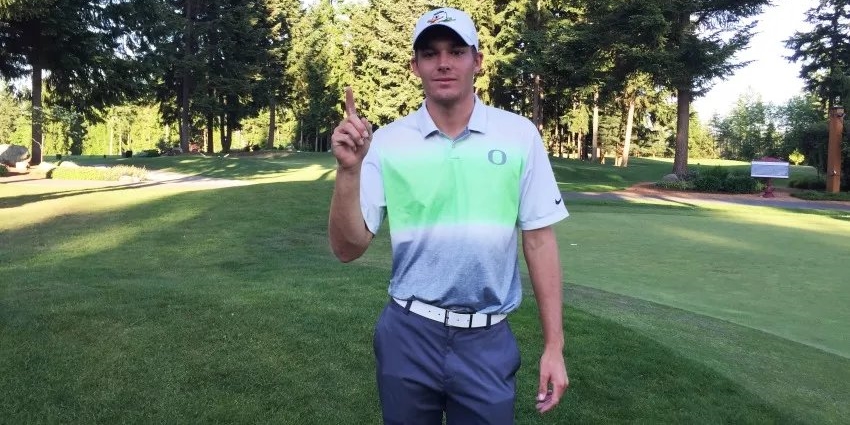 The 19-year old sophomore at the University of Oregon finished at 14-under for the week, two shots ahead of Dallas, Texas’ Conrad Shindler and Atherton, California’s Jonathan Garrick.

“It feels awesome,” said Wise, who admitted victory had eluded him in recent weeks competing for the Oregon Ducks. “The last four events coming into this one, all four were top-10s and three of them were top-3s and I didn’t quite win one. I knew I had a great opportunity after the first three rounds I played, and I did well to finish this one off.”

Starting the day ahead of Shindler and San Antonio, Texas’ Jeff Rein by four shots, Wise held steady with two birdies and two bogeys on the day, giving the world’s No. 6-ranked amateur a confidence-boosting win heading into the NCAA Regionals and Nationals.

“I know I’ve been playing great, but winning’s a whole other level, and to win on a stage that’s even bigger than the college stage is awesome. Going back for regionals and nationals, I’m going to do everything I can to help my team out and take it from there,” said Wise.

The Southern California native said he plans to turn pro following the completion of the NCAA Championships on June 1, meaning he’ll miss at least the season-opening Freedom 55 Financial Open. That make his exempt status through the 2016 season even more important, a fact not lost on Wise.

“It’s awesome, especially because I’m going to miss the first two events. To be able to build your own schedule, I can plan flights and hotels and all that in advance, which is awesome,” said Wise.

In all, 41 players earned status, including 30 Americans, seven Canadians, two Chileans, one Scotsman and one Argentinian.