With a putter blessed by Shirley Spork, Brooke Henderson fires 67 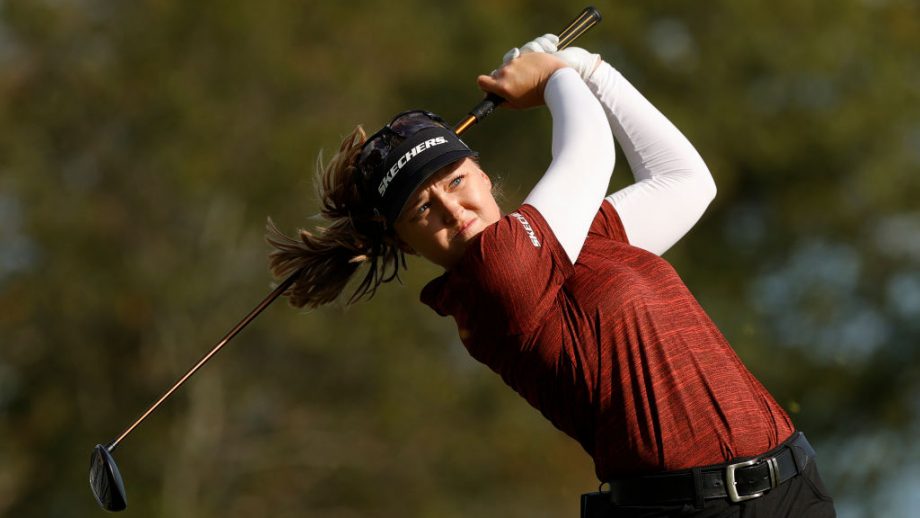 WEST CALDWELL, N.J. – It’s not often that you have a legend crash your post-round press conference, but that’s exactly what happened to Brooke Henderson following a 4-under 67 at the Cognizant Founders Cup. While recapping her first round, which she finished T3 in the dark after fog delayed the start of play this morning, LPGA Founder Shirley Spork wandered over, listening intently to the Canadian’s remarks about her Thursday play.

“I’m really happy to get 4-under par today,” said Henderson. “I feel like I hit the ball really well. I gave myself a lot of opportunities, which is always key. I feel like a couple of putts could have maybe fallen. Hopefully, tomorrow I will make a few more birdies, but it’s nice to see I’m near the top of the leaderboard again. That always feels good. Hopefully another solid round tomorrow and try to catch Jin Young.”

Spork joined in on the fun, inquiring about Mountain Ridge’s challenging par 3s and offering up wisdom that can only come from a well-lived and well-played 94 years. In fact, Henderson and Spork caught up earlier today, with the latter giving the former a putting lesson, one that’s shrouded in secrets.

“Brooke, of the three par 3s that are out here, one is extremely long, correct? Is that the hardest one or is it one that’s the difference in the terrain of it different to make it the hardest? What is the hardest 3 par out here?” asked Spork.

“The one that you’re referring to, the longest one out here, I birdied today, so I like that one,” said Henderson. “They’re very difficult and all uphill, so it’s hard to see the green and you have to really hit a solid approach shot in to give yourself a good look.”

Spork added, “But you have a magic putter now. And you’ll have no problems sinking putts. And it has a name.”

“Shirley named my putter this morning, so maybe that gave me some good luck today. She’s great,” said Henderson. “So much knowledge and so much wisdom, and so any time she can share a little bit with I try to soak it all in. Having her bless my putter this morning was pretty cool. Hopefully, it continues to work for the next few days.”

Henderson demurred when asked the putter’s name, keeping that a secret between her and her Founding mentor. With that blessed putter in tow and a solid round under her belt, Henderson looks ahead to Friday at Mountain Ridge feeling much more confident on the greens. But it’s the sage advice that Spork can provide and the support of a legend in the game that will no doubt fuel her throughout the rest of the week.