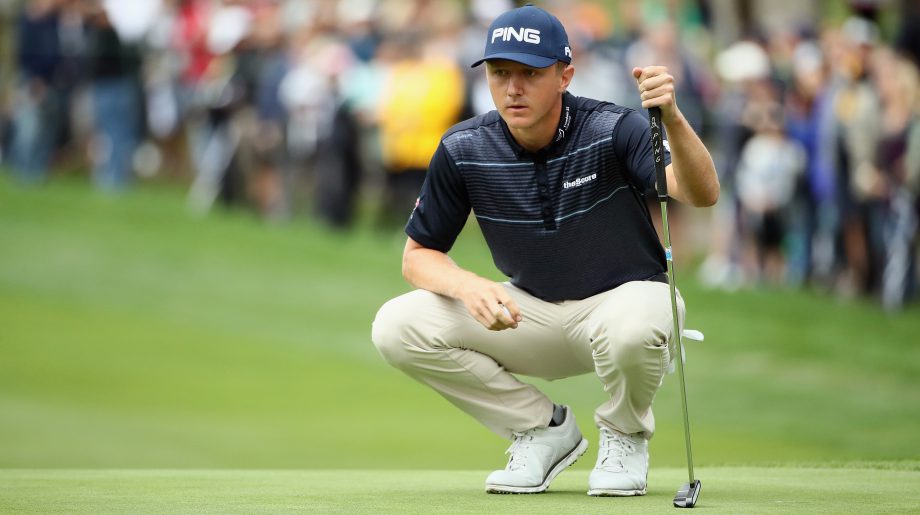 With his first PGA Tour victory barely in the books, Mackenzie Hughes is already thinking about his first major.

The Tour rookie from Dundas, Ont., captured his first title at the RSM Classic on Monday by draining a 15-foot par putt on the third playoff hole. Along with the US$1.08 million cheque and a two-year exemption on the PGA Tour, Hughes also received an invite to the 2017 Masters, where he’ll be in the field with childhood idol and fellow Canadian Mike Weir.

“I was just beside myself thinking about driving down Magnolia Lane and all the things that go along with the Masters,” Hughes said Tuesday. “I’ve watched that tournament basically every year since I started playing golf and it’s like a religious thing to watch every shot there, and now I’m going to be one of those guys.

“It’s just the coolest feeling in the world.”

Weir, who won the Masters in 2003, sent Hughes some “good luck” texts Sunday night and is eager to play a practice round with him at Augusta National next year.

“(Hughes) texted me saying he was looking forward to ‘that tournament in April,”’ said Weir from his home in Salt Lake City. “To have a few Canadians in the field, it’s fun. Hopefully I can show him a few tricks of that golf course. There are a lot of little subtleties that are key to knowing.”

“That first (win) is really special,” Weir added. “All the hard work and everything you’ve put into it have been worth it. I’m sure he feels great that the steps he’s taken along the way have paid off.”

Hughes, who turns 26 Wednesday, opened The RSM Classic in Sea Island, Ga. with a course-record 61. He never let up after that, becoming the first PGA Tour rookie since Tim Herron in 1996 to win wire-to-wire.

“It was my tournament from the start and I didn’t want to let it go,” said Hughes. “Anything less than a win in that playoff was going to be disappointing.”

The victory came exactly a month after Hughes and longtime girlfriend, Jenna Shaw got married at a picturesque plantation in Charlotte, N.C.

Shaw was on hand for the win, as was Hughes’ mother Sandra, who was emotional as Hughes cemented his victory.

“She was pretty much in tears the entire Monday morning,” Hughes said.

“I figured there wasn’t going to be a whole lot of people out there, and cold. Definitely advantage Mackenzie,” Pendrith said. “They say us Canadians play better in the cold, and he’s used to it. He grew up in it. It was the perfect setting for him to win.”

Fellow Canadian professional golfers Corey Conners and Albin Choi, along with Pendrith, were Hughes’ groomsmen in October. The trio made a pact that if any of them won on a professional tour this year the group would go to Las Vegas to celebrate.

“Now that I’ve won on the PGA Tour it’s a must that it happens,” Hughes said. “I told the boys that, and that’s something I want to follow through on. It’s just something I need to do with them and cap off the year. I’ve been through a lot with them. It’s been a crazy and amazing year.”

It was Conners’ schedule that was originally holding back the group from going on the trip, but what he lacks in logistical planning, he’ll make up for in advice at Augusta National. He played the Masters in 2015 after finishing runner-up at the 2014 U.S. Amateur.

“I know he’s going to have an incredible week,” Conners said. “It’s the best golf tournament in the world at the best venue in the world.