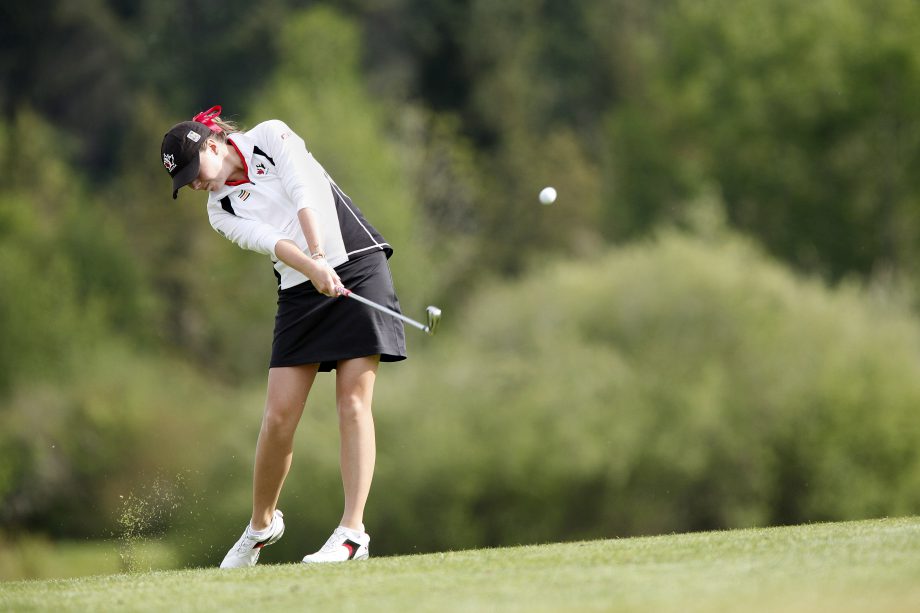 BRENTWOOD, Tenn. – Team’s Canada’s Women’s Development Squad is ramping up to compete in the annual Women’s Western Golf Association Amateur Championship this week from Jun. 15–20 at the Nashville Golf Club.

The Women’s Development Squad will be represented by three members in Tennessee: Grace St-Germain of Ottawa, Naomi Ko of Victoria, B.C. and Michelle Kim of Surrey, B.C.

Ko, the most experienced of the three, finished in 16th place in last year’s event. The 18-year-old N.C. State commit will look to better her result in 2015, which will follow the tournament’s usual format—two-day stroke-play qualifier, followed by match-play for the low 64.

Team Canada will have their eyes on America’s Mika Liu, who will return to defend her title. The 16-year-old Stanford commit is a familiar foe for the Canucks—she was the gold medalist at last year’s inaugural World Junior Girls Championship in Markham, Ont.

Other Canadians in the field are headlined by former Team Canada members Taylor Kim (sister of Michelle) and Sabrine Garrison of Calgary, along with Kent State standout Josée Doyon of St-Georges-de-Beauce, Qué. Doyon, 22, is coming off a remarkable junior season which saw her earn the Mid-American Conference Golfer of the Year award. She currently sits as the lowest-ranking Canadian in the World Amateur Golf Rankings (WAGR) at No. 42.

The WWGA was founded in 1901 under the sponsorship of the Western Golf Association and is one of the oldest women’s golf organizations in the United States; it is a non-profit 501(c)(3) organization established under guidelines set by the Internal Revenue Service. All the dedicated Directors are volunteers paying all their own travel expenses. In June of 2011, the WWGA once again partnered with the Western Golf Association.