Woods has back surgery, will miss the Masters 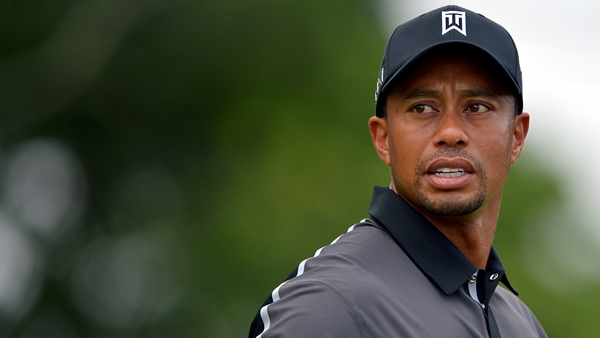 Tiger Woods chose surgery to heal his ailing back over a quest for another green jacket, announcing Tuesday that he will miss the Masters for the first time in his career.

Woods said on his website that he had surgery Monday in Utah for a pinched nerve that had been hurting him for several months, knowing the surgery would keep him from Augusta National next week for the first time since he was a senior in high school.

The No. 1 player in the world is a four-time Masters champion.

“After attempting to get ready for the Masters, and failing to make the necessary progress, I decided in consultation with my doctors to have this procedure done, Woods said. “I’d like to express my disappointment to the Augusta National membership, staff, volunteers and patrons that I will not be at the Masters.

“It’s a week that’s very special to me,” he said. “It also looks like I’ll be forced to miss several upcoming tournaments to focus on my rehabilitation and getting healthy.”

The Masters gets the highest television ratings of any golf tournament, and Woods commands most of the attention, even though he last won a green jacket in 2005. He won his first Masters in 1997 when he set 20 records, from youngest Masters champion (21) to his 12-shot margin of victory.

He withdrew after 13 holes in the final round of the Honda Classic with what he described as lower back pain and spasms. Woods shot the highest final round of his career at Doral a week later when he said his back flared up again in the final round. He skipped the Arnold Palmer Invitational, where he was the two-time defending champion, to rest his back and do everything possible to be at Augusta National next week.

“Tiger was gracious in keeping us updated of his condition and making us aware of his decision,” Augusta National chairman Billy Payne said. “We wholeheartedly offered our best wishes for his immediate and long-term recovery. Tiger will be in our thoughts and will be missed by our patrons and all of us at the Masters Tournament next week.”

Woods said he had a microdiscectomy for the pinched nerve, performed by neurosurgeon Charles Rich.

A microdiscectomy is a type of minimally invasive spine surgery to relieve pressure and pain caused by a herniated disc. Operating through a small incision in the lower back, surgeons remove small disc fragments that are pressing against spinal nerves.

“This is frustrating,” Woods said. “But it’s something my doctors advised me to do for my immediate and long-term health.”

His website said repeating the motion of a golf swing can cause problems with a pinched nerve, and that the injury could have become worse if he had continued to play. Woods said he hopes to return to golf this summer, though he could not say when. It’s possible he could at least start chipping and putting in three weeks.

He will have to wait until the U.S. Open – maybe longer – to resume his quest to reach Jack Nicklaus’ record 18 professional majors. Woods won his 14th major at the 2008 U.S. Open on a badly injured left leg that required season-ending surgery two days after his playoff win at Torrey Pines.

He has not won another major since then.

This would have been the 20th straight Masters for Woods, dating to 1995 when he tied for 41st as the U.S. Amateur champion. He missed the British Open and PGA Championship in 2008 after knee surgery, and the U.S. Open and British Open in 2011 to heal more injuries in his left leg.

But he never missed the Masters, even after the scandal in his personal life at the end of 2009. Woods had been out of golf for nearly five months dealing with a car crash into a fire hydrant, revelations of multiple extramarital affairs and 45 days in a Mississippi clinic when he returned to Augusta National under intense scrutiny. He tied for fourth.

Even though he hasn’t won the Masters in nine years, he had only finished out of the top 10 one time, in 2012.

Woods has 79 career wins on the PGA Tour, three short of the record held by Sam Snead. He already was off to the worst start of his career. He missed a 54-hole cut at Torrey Pines, where he was the defending champion. He tied for 41st in Dubai, and then withdrew from the Honda Classic and tied for 25th at Doral.

“It’s tough right now, but I’m absolutely optimistic about the future,” Woods said. “There are a couple (of) records by two outstanding individuals and players that I hope one day to break. As I’ve said many times, Sam and Jack reached their milestones over an entire career. I plan to have a lot of years left in mine.”

Woods also tweeted out the following.

Sad to say I’m missing the Masters. Thanks to the fans for so many kind wishes. http://t.co/Ofbre9VHEL