DeLaet and Woods off to good start at Firestone 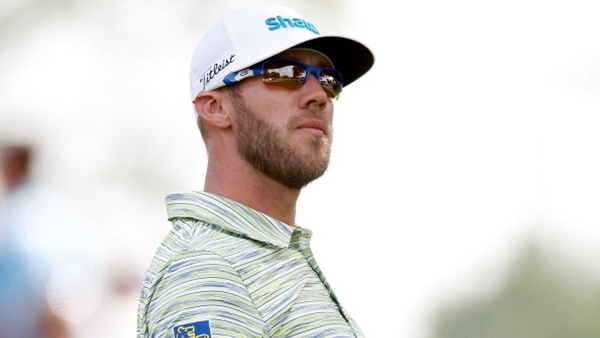 Not just from back surgery, but from making bogeys.

Woods bounced back with birdies all three times that he made mistakes, opening with a 2-under 68 on a soft, gentle day for scoring at Firestone. It left him four shots behind Marc Leishman of Australia, and hopeful that this time he can build on a solid start.

Woods opened with a 69 at the British Open two weeks ago, only to plunge down the leaderboard the rest of the week at Royal Liverpool.

“I hit a lot of good shots,” Woods said. “I dropped shots at three holes out there today (and) got it right back on the very next hole.”

For so many players, the opening round of this World Golf Championship felt like either a warmup or an audition for bigger events to follow. Ryan Moore was among three players at 65, a good start for someone looking for one big week to get him on the Ryder Cup team.

Two more Ryder Cup hopefuls – Patrick Reed and Francesco Molinari of Italy – were among those another shot back.

British Open champion Rory McIlroy, who next week will chase his second straight major, was among the leaders until not paying attention to packed sand in a bunker that sent him to a double bogey late in his round. He still wound up with a 69.

Leishman has quietly gone about his work in reasonable form, with top 10s recently at Congressional and Royal Liverpool. He had the perfect formula for Firestone, a big golf course where good scores are available by keeping the ball in play.

“I drove the ball well. It makes this course a lot easier when you’re on the fairway,” Leishman said. “It’s pretty tough when you’re playing from the rough. Then, I hit my irons really well and was rolling the ball awesome. So it’s a pretty good combination for a tough golf course like this, something I can hopefully keep going.”

Charl Schwartzel and Justin Rose joined Moore one shot out of the lead.

Woods said only a mild breeze and soft conditions from overnight rain allowed for scoring, though he noted that no one went terribly low. The 64 by Leishman seemed like a good score, so maybe Woods was basing that on his own experience at a course where he has won eight times.

Woods twice has shot his career-best 61 at Firestone, including last year on his way to a seven-shot victory. That he managed six birdies was a sign that he was making putts, even though two of his birdies were tap-ins.

He still had a few wild moments, starting with a three-putt bogey from 10 feet on the opening hole. He hooked his drive so badly on the par-5 second hole that he worried it might not clear the lake on the adjacent third hole. It was far enough left to leave him a good angle with a 5-wood that he put on the green for a two-putt birdie.

His only big mistake was a shot into the trees on the ninth hole. It took him two shots to get out, and from behind the green he couldn’t get up-and-down and made double bogey. Just like two other bogeys in his round, he answered with a birdie with a shot into 6 feet on No. 10.

“I feel like I made some progress,” Woods said. “As I said, this is only my seventh round back. So it’s just going to take a little time. I’m starting to get in the flow of things. If you look at my iron shots into the holes today, a majority of them were pin-high. So I’m starting to get the feel back in my hands and get my trajectory under control.”

Woods missed three months following back surgery, and the six rounds he has played since returning have not been inspiring, except for that opening round at Hoylake. He needs more rounds like that to remind Ryder Cup captain Tom Watson he would be worth selecting, and to try to extend his season beyond the PGA Championship next week by moving up 90 spots in the FedEx Cup standings to qualify for the playoffs.

Phil Mickelson’s biggest struggle was with his health. He didn’t arrive in Ohio until Wednesday night because of strep throat, and he opened with a 71.

Canada’s own Graham DeLaet got his tournament off to a good start, coming off a top 10 finish at last week’s RBC Canadian Open at Royal Montreal. The Weyburn, Sask. native opened with a 3-under 67 and is tied for 5th heading into Friday.