Woods returns with solid round and good start in Bahamas 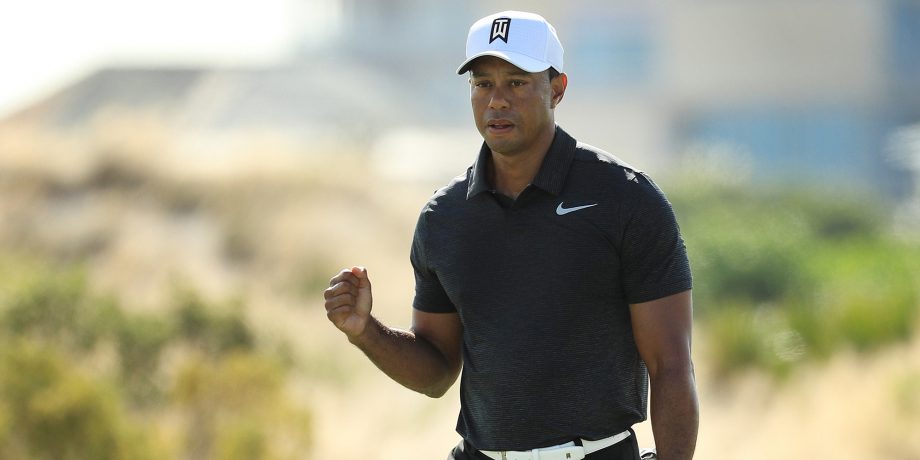 NASSAU, Bahamas – Tiger Woods looked a lot better in his return to golf than he did when he left.

Playing for the first time since his fourth back surgery, Woods returned from a 10-month layoff with a 3-under 69 on a breezy Thursday in the Bahamas that left him three shots behind Tommy Fleetwood after the opening round of the Hero World Challenge.

“For me, I thought I did great,” Woods said with a smile.

And in a sign that he was ready to get back into the mix, he was far from satisfied.

Unlike a year ago, when Woods ended a 15-month hiatus from his ailing back, he didn’t show any fatigue at the end of his round or make any big numbers. His only regret was playing the par 5s at Albany Golf Club in 1-over par with two bogeys that stalled his momentum.

Coming off a 25-foot birdie putt on the par-3 eighth, Woods hit a 3-wood that rolled up on the green and then down a slope about 30 feet from the pin. It took him four shots from there, starting with a chip that didn’t reach the green and his first expletive loud enough for television to pick up.

After his best shot of the day _ a pitching wedge he hit low from 95 yards that settled a foot behind the hole for birdie on No. 14 _ he sent a drive well to the right into the native dunes. Woods had to take a penalty drop to get back in play and wound up making bogey.

But it was solid enough that Woods was far more interested in the leaderboard than the fact he felt strong physically.

“It was not only nice to get the first round out of the way, but also I’m only three shots out of the lead,” he said. “So to be able to put myself there after not playing for 10 months or so, it was nice to feel the adrenaline out there.”

He was tied for eighth in the 18-man field of this holiday exhibition that awards world ranking points but does not count as official on any tour. Rickie Fowler and Matt Kuchar were at 67, while Dustin Johnson, Jordan Spieth, Justin Rose and Kevin Chappell were at 68.

The buzz was back. Johnson noticed it when he was on the practice range and noticed a crowd around the putting green.

“Tiger must be there,” Johnson said. “Because there’s 40 people instead of four.”

Golf Channel added an hour of coverage, and Twitter came alive with people curious about the latest return. That included Steph Curry, the Golden State Warriors’ two-time MVP who played a Web.com Tour event in August. “The wait is over. The wait is over,” he tweeted .

Michael Phelps said he was “pumped to be watching” Woods on TV again.

This event doesn’t draw big crowds, but most of them were with Woods to see how he would fare in this latest comeback, this one from fusion surgery on his lower back on April 20. Given it was his fourth surgery in three years, coupled with a DUI arrest in the summer that exposed the struggles Woods was having with pain medicine, a day like this seemed a long way off.

“I was in my head thanking all the people who have helped me in giving me a chance to come back and play this round again,” he said. “There were a lot of people who were instrumental in my life – friends, outside people I’ve never met before, obviously my surgeon. I was very thankful.”

And he was as competitive as always.

Woods delivered his first fist pump on par-4 fourth hole when he scooped a chip that didn’t reach the green, and then holed an 18-foot par putt.

While the field is short, the competition is strong with eight of the top in the world at Albany. Woods realizes they have spent the last couple of years playing at a high level that allows them to overcome a few mistakes.

“I don’t want to lose shots,” Woods said. “I haven’t played in a very long time and I can’t afford to go out there and make a bunch of bogeys and know that I can make nine, 10 birdies and offset them.”

Along with his five birdies – only two of them were tap-ins – Woods had an assortment of tough par saves, including a 10-footer that kept him dropping another shot on a par 5 at No. 11. He finished his round with a belly wedge from short of the 17th green because of mud on his ball, and holing a 6-foot par putt on the 18th.

A year ago, Woods made a pair of double bogeys over the last three holes for a 73 to finish nine shots behind. This time, he closed with pars and was three back.

PGA champion Justin Thomas, who also opened with a 69 in the same pairing with Woods, is among those who have played with him in recent weeks in Florida. Woods said he once played nine straight days.

“It was what I saw when we played at home,” Thomas said. “Obviously, taking this much time off from competition is hard. I felt rusty starting after a month-and-a-half, so I can’t imagine what it felt like for him. But he played well.”