Woods says he’s ahead of schedule and without pain 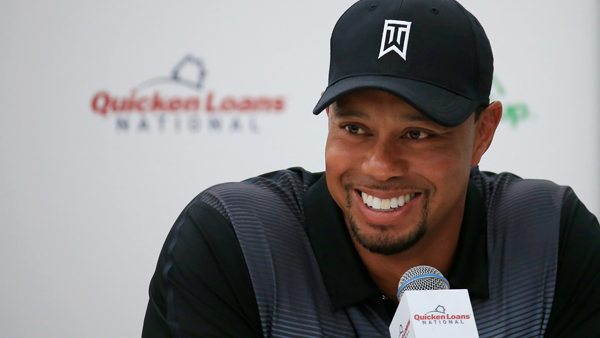 BETHESDA, Md. – Tiger Woods says he is without pain for the first time in two years as he embarks on his latest comeback.

Nearly three months after having back surgery to alleviate a pinched nerve, Woods returns to competition this week in the Quicken Loans National at Congressional.

Woods is the tournament host. He says he probably wouldn’t have played this week if the event did not benefit his foundation.

That’s not to suggest he is coming back too early. Woods says he has been ahead of schedule in the recovery and began taking full swings with a driver a few weeks ago. His goal all along was to be ready for the British Open.

He already has missed two majors this year.