Woods says he’s not far off his game 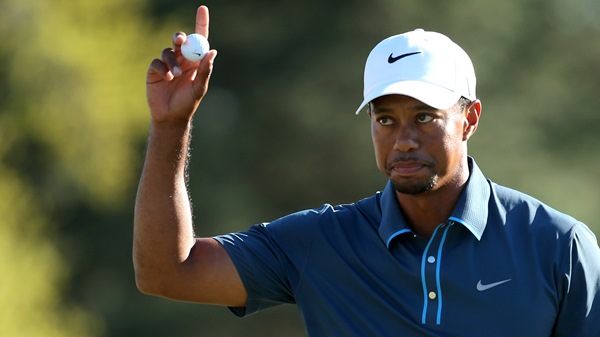 DUBAI, United Arab Emirates – Tiger Woods doesn’t sound too worried over matching his worst score in America on a course where he had won eight times.

“I wouldn’t read anything into what happened Saturday at Torrey Pines,” Woods said Tuesday after an 18-hole exhibition for past winners of the Dubai Desert Classic.

Woods was the defending champion at the Farmers Insurance Open when he sent seven straight holes making bogey or worse – including consecutive double bogeys for the first time in more than two years, on his way to a 79 as he missed the 54-hole cut.

“It was just one of those days that happens, and it was one of the trains I just couldn’t get off,” said Woods, who was speaking for the first time since the third round in San Diego on Saturday. “There was nothing different with my ball-striking today (Tuesday) compared to last Saturday.”

Woods had three early birdies in the “Former Champions Challenge,” but lost momentum and finished with a shot into the water for double bogey on the par-5 18th hole. He shot 71 and tied for eighth.

Henrik Stenson, who won the FedEx Cup and Race to Dubai last year, and Rafa Cabrera-Bello of Spain, each had 66. They tied for first and each earned $250,000. Rory McIlroy and Alvaro Quiros tied for third at 68.

Woods said he spent Sunday at home in Florida working on his putting before heading to Dubai.

He is a two-time champion of this event and has finished no worse than fifth all but one time in six appearances. That was in 2011, his worst year as a pro.

“I went home and had a nice day off,” Woods said. “Worked on putting a bit in the backyard and that was it. I am not that far off. It’s just that I had one bad day, and that happens.”

Woods will play the opening two rounds with McIlroy and defending champion Stephen Gallacher. Woods played the Tuesday exhibition with Gallacher and Fred Couples. He said he hasn’t played with Gallacher since the 1995 Walker Cup at Royal Porthcawl. Woods and John Harris defeated Gallacher and Gordon Sherry in a foursomes match.

Woods and McIlroy also played together a year ago in Abu Dhabi, where both of them missed the cut. Woods was one shot inside the cut until being assessed a two-shot penalty for taking what he thought was a free drop from an embedded lie in a sandy area.

McIlroy began his season two weeks ago in Abu Dhabi and finished one shot behind. He was penalized in the third round for not taking full relief from an area marked ground under repair.