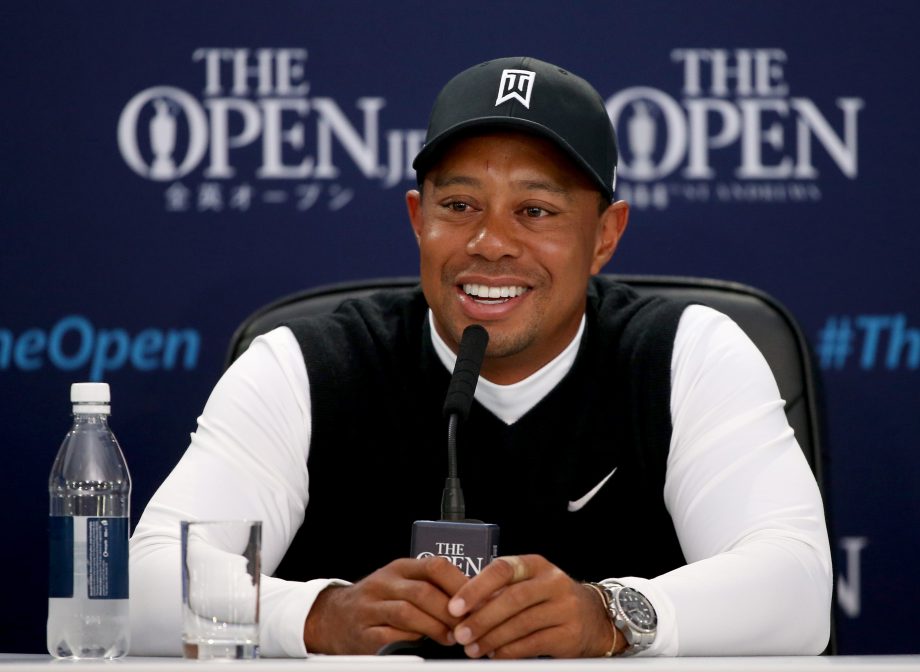 Despite a slump that has sent him plummeting to No. 241 in the world golf rankings, Woods remains confident he can win at least four more majors in his career.

Woods comes into the British Open with 14 major titles on his resume, but his last victory in one of golf’s biggest events came at the 2008 U.S. Open.

Nicklaus holds the record with 18 championships.

Woods pointed out he doesn’t turn 40 until December.

“I’m still young,” he told reporters on Tuesday. “I know some of you guys think I’m buried and done, but I’m still right here in front of you.”

Woods is a three-time British Open winner, capturing two of his titles at the Old Course.

He hopes that familiarity will carry him into contention this week.

“I just love the creativity,” Woods said. “You need to have the right angles. Over the years of learning how to play the golf course under all different type of wind conditions, it changes greatly, and it’s based on angles. You have to put the ball on certain sides of the fairways in order to get the ball close.

“To me, that type of thinking and the strategy that goes into that is something I’ve always loved. Yeah, you can run the ball up here on a lot of the holes. It won’t really be doing that this week because it’s a little bit softer, but still, you have that option. You know, a five-degree wind change here changes the whole golf course completely. I’ve always found that very fascinating.”

Once the world’s most dominant player, Woods has been plagued by injuries and turmoil in his personal life since his stirring victory at Torrey Pines more than seven years ago.

He missed the cut last month at the U.S. Open, after opening with an 80. Woods hasn’t finished in the top 10 of a major since a sixth-place showing in the 2013 British Open at Muirfield.

Even so, he feels better about his game after making the cut two weeks ago at the Greenbrier Classic, insisting that he “hit the ball the best I’ve hit it in probably two years.”

“That was awfully nice to be able to do coming into this week,” Woods said. “I’ve hit the ball just as well in my practice rounds.”