Woods still unsure of when he’ll return after successful surgery 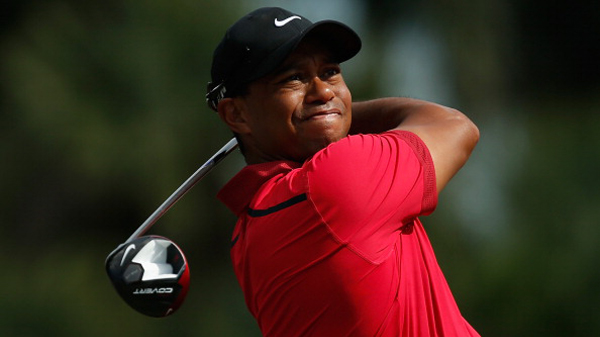 BETHESDA, Md.— Tiger Woods still doesn’t know when he’ll return. For a while, he didn’t know whether he would return at all.

Woods said Monday his back injury became so debilitating this year it caused him to doubt his ability to play golf again.

Woods said the doubt was erased after microdiscectomy surgery March 31. He said the procedure, which relieved pain from a pinched nerve, provided immediate relief, although he said there’s still “no timetable” for his return to golf – or even for taking a full swing. As of now, he remains limited to chipping and putting.

Speaking at Congressional Country Club in his role as host of next month’s Quicken Loans National, Woods even joked that he wished he could join reporters on the course for their media day rounds – “even though I don’t like to play with you guys.”

But he offered no hint that he might be anything more than an onlooker for the Quicken Loans tournament on June 26-29 – or at the U.S. Open at Pinehurst two weeks earlier. He’s already missed the Masters for the first time.

To hear Woods, known for unyielding resolve, give voice to doubts is certainly unusual. But this injury is different from those he has endured before. He said rehab has been tedious and it’s a challenge simply not to join in when his children want to play sports.

When Woods does return, he’ll resume his pursuit of Jack Nicklaus’ record of 18 major victories. Woods, 38, sounded as if the surgery has given him a new lease to keep playing for a good while.