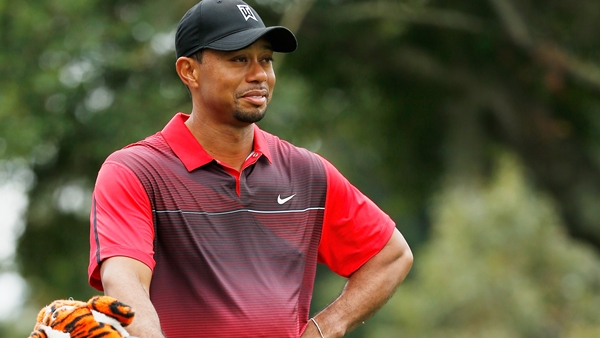 WINDEMERE, Fla. – Tiger Woods appears to be on the road to recovery again, only it’s no longer a question of how soon before he reaches full speed.

There are a lot more cars on the road now.

Woods acknowledged as much before the Hero World Challenge began when he jokingly said, “Father Time remains undefeated.”

He still has plenty of power when he’s healthy and swings freely. But there’s a long list of players who hit it farther.

That’s a recipe for winning, but not for being the best in the sport.

That label belongs to 25-year-old Rory McIlroy, an undisputed title at the moment. The most consistent threat in the majors this year was 25-year-old Rickie Fowler, who played in the final group twice and finished in the top five in all of them.

The latest arrival is 21-year-old Jordan Spieth, who showed off his potential not because of the fields he beat (strength or size) but because of the stamps in his passport. In three weeks in three corners of the world, Spieth finished one shot out of a playoff in Japan, won by six shots in the Australian Open against a field that included McIlroy and Adam Scott, and then overwhelmed an 18-man field of top-50 players in Florida with a 10-shot victory.

One of the more telling comments after he won at Isleworth was how Spieth defined his target.

“In order to take it to the next level and try and win majors, I’ve got to look to Rory,” Spieth said. “He’s the youngest guy, the one with the most success. He’s No. 1 in the world and setting the bar. He’s the one we’re all chasing.”

Woods is now part of the chase.

He did not say where he would start in 2015, but here’s a sobering thought: If Woods does not play better than he did at Isleworth, there’s a mathematical chance he’ll fall out of the top 50 by March and not be eligible for the first World Golf Championship at Doral.

This isn’t the first time Woods has returned from an injury-induced layoff. But it’s the first time he is coming back from injury and retooling his swing under a new coach. This could take time, and that’s something Woods doesn’t have at this stage in his career. He turns 39 at the end of the month.

Can he get back to where he was? Probably not.

Can he get back to No. 1 in the world? Certainly. The last time he was in this position, it took five victories for Woods to climb back to No. 1, along with a mini-slump by McIlroy. Both are capable of doing that again.

Woods is so popular as a golfer, and he demands so much attention, that it’s easy to fall into a trap of measuring his progress without considering the rest of the field.

The competition has never been deeper – and as it relates to Woods, younger.

He is responsible for that. Most of these rising stars, if not all, grew up watching Woods destroy his competition. They learned by watching him. It was different for an older generation of players who only saw Woods when he arrived on the PGA Tour, and then didn’t know what hit them.

“He was the best anyone had seen,” Reed said. “He was so much better than anyone else at the time. With me growing up and watching that, I tried to copy his mental strength and go from there.”

And how does one copy mental strength?

“Be stubborn,” Reed said. “Focus on what you’re doing and not anyone around you. You could see it just by looking at him in the eyes. If looks could kill, he would literally kill you. It’s not because he’s not a good guy. He was just so focused and determined to play well. And he obviously gets it. That’s what I’m trying to do.”