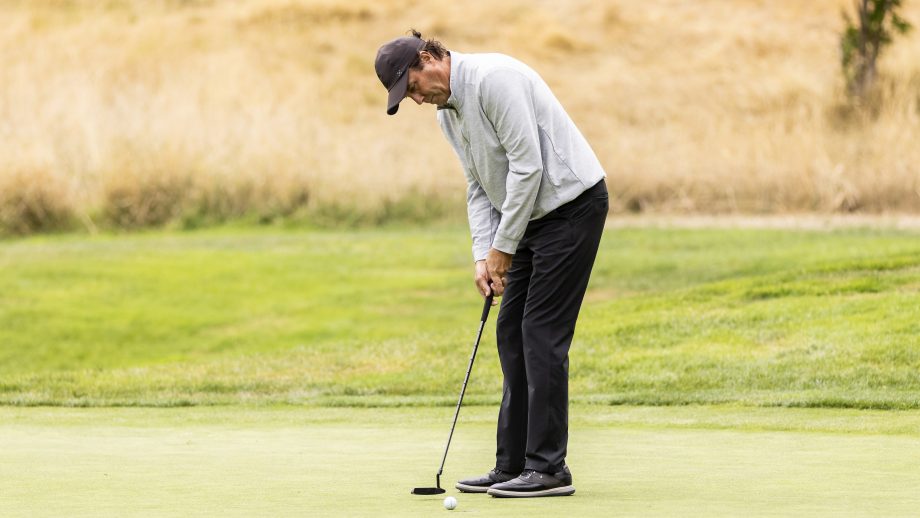 SNOQUALMIE, WA - AUGUST 20: Steven Ames of Canada putts on the 11th green during the first round of the Boeing Classic at The Club at Snoqualmie Ridge on August 20, 2021 in Snoqualmie, Washington. (Photo by James Gilbert/PGA TOUR via Getty Images)
Canadian Press

SNOQUALMIE, Wash. (AP) Woody Austin birdied the par-5 18th on Saturday for a 4-under 68 and a one-stroke lead over Jim Furyk and Colin Montgomerie in the PGA Tour Champions’ Boeing Classic.

Austin took a 10-under 134 total into the final round at Snoqualmie Ridge.

“It will be fun,” Austin said. “I mean, that’s all you ever ask for is a shot and I give myself a shot and I’ll see how it goes. … I’m always confident. I think I can beat anybody on any given day.”

Furyk and Montgomerie, playing in the same group, each shot 67.

The 58-year-old Montgomerie birdied the final two holes. He won the last of his seven senior titles in 2019.

“I enjoyed playing with Jim Furyk, I must admit,” Montgomerie said. “A gentleman and someone I’ve admired for many, many years since we first came across Jim in ’97 at Valderrama at the Ryder Cup. I’ve always admired his game and it’s great to play with him here in America.”

Ernie Els, tied for first-round lead with Austin and Mayfair, had a 71 to fall into a tie for ninth at 7 under with Stephen Ames (66) and Jesper Parnevik (69).

Brandt Jobe, the 2019 winner in the event that was canceled last year because of the COVID-10 pandemic, was 1 over after a 75.

Two-time Boeing winner Bernhard Langer was 6 under after a 68.

Local favorite Fred Couples shot a 69 to get to 3 under.

“It was a little better,” Couples said. “I hit a few good shots and I made a few putts.”