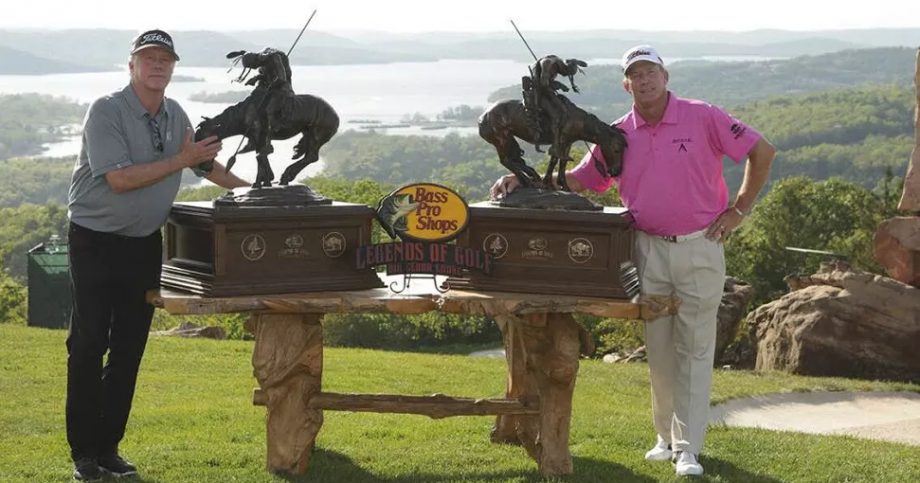 Austin and Allen birdied the final hole for a one-stroke victory over David Frost and Roger Chapman.

Austin and Allen closed with a 6-under 48, playing nine holes of modified alternate shot and nine of better ball on the par-3 Top of the Rock course. They finished at 23-under 156. Frost and Chapman also shot a 48.

Billy Andrade and Joe Durant, the winners last year, were third at 21 under after a 49.

Larry Nelson and Bruce Fleisher completed a wire-to-wire victory in the Legends Division for players 65 and older, beating John Bland and Graham Marsh by two strokes. Nelson and Fleisher shot a 4-under 23 in a better-ball nine to finish at 19-under 116. Bland and Marsh also had a 23.