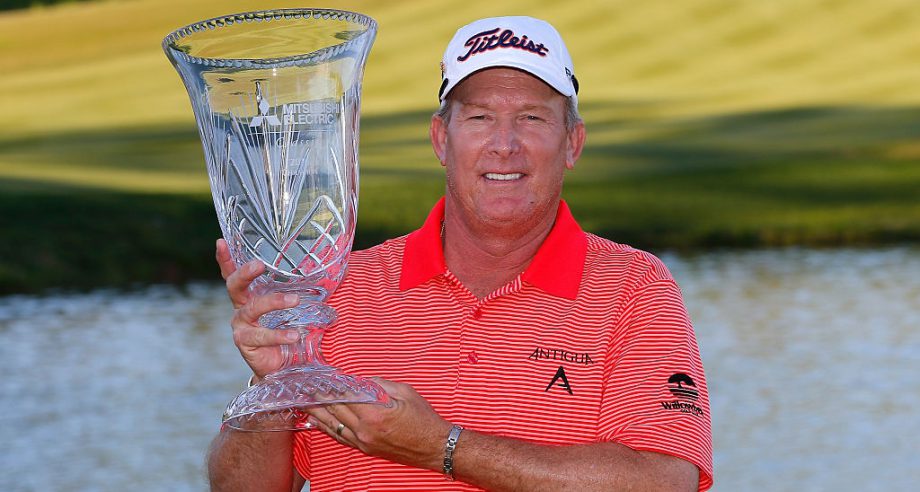 Austin tied the tournament record with an 8-under 64 and beat Wes Short Jr. with a par on the second hole of a sudden-death playoff in the PGA Tour Champions’ Mitsubishi Electric Classic.

The 52-year-old Austin has two victories in the last three events on the 50-and-over tour, also winning in Tucson, Arizona, last month. In each win he switched putters for the final round.

It’s an example of why he said “I’m not a normal person when it comes to golf.”

“I do everything quite different than most golfers,” Austin said. “I’m not a range guy. I don’t even go to the range an hour before my round.”

Austin also didn’t go to the range after his 64, instead sitting in the clubhouse for about an hour as Short and others finished. The televised coverage of the tournament kept showing Austin munching on popcorn.

Austin didn’t hear the commentators speculate about why he wasn’t warming up, because he wasn’t even watching the tournament.

“I went in the clubhouse because I wanted to watch the Cavaliers-Pistons game,” he said. “I’m a sports junkie. I was more happy watching that. That keeps my mind off what is going on.”

Austin won the 2013 Sanderson Farms Championship at age 49 for the last of his four PGA Tour titles. His win in Tucson last month was his first on the senior tour.

Austin said his Sunday putter – the same style but black instead of silver – has earned a try in the first round of his next tournament.

Short bogeyed the second playoff after pulling his tee shot left into tall grass for the second time.

Short finished with a 68. He could have avoided the playoff at TPC Sugarloaf, but missed a 6-foot birdie putt on No. 18, leaving him tied with Austin at 11 under. That missed putt may have been more painful than his errant drives on the playoff holes.

Bernhard Langer shot a 67 to tie for 11th at 6 under, ending his streak of five top-10 finishes on the tour this season. He had one win and two second-place finishes in the tournament’s first three years.

Tom Watson, the 66-year-old star who shared the first-round lead a week after playing in his final Masters, closed with a 68 to finish 4 under.