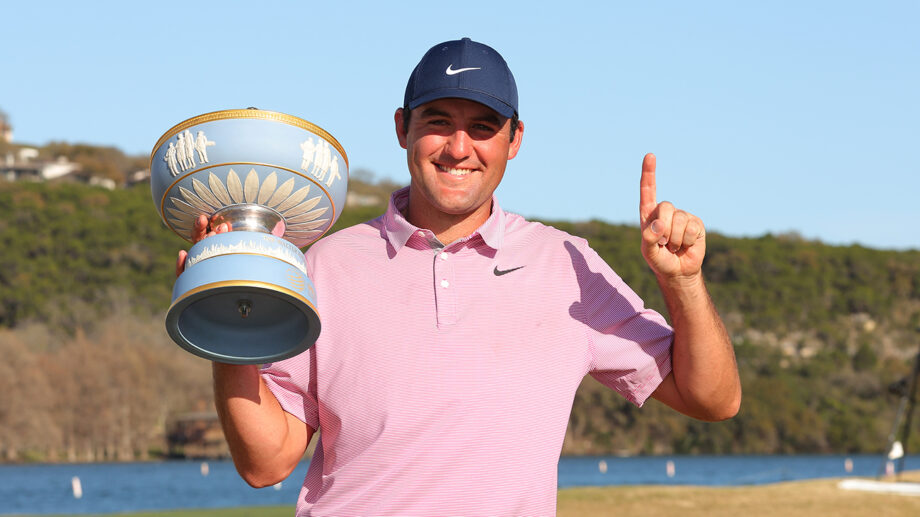 Scottie Scheffler, whose hot run of golf through the early part of 2022 has earned him the No.1 spot in the Official World Golf Ranking, will make his RBC Canadian Open debut this summer.

The 25-year-old captured the World Golf Championships-Dell Technologies Match Play with a 4 & 3 win over Kevin Kisner in the finale. His first WGC title was his third PGA Tour victory in his last five starts.

After his WGC triumph, Scheffler became the 25th man to reach No. 1 since the Official World Golf Ranking debuted in 1986.

A celebrated amateur and college star at the University of Texas, Scheffler broke through for his first Tour win at the WM Phoenix Open in February before winning the Arnold Palmer Invitational presented by Mastercard in early March.

It took Scheffler 92 starts to get to No.1. Only Tiger Woods (21 starts) and fellow Texan Jordan Spieth (77 starts) needed fewer starts as a professional to ascend to the top of golf’s ranking.

He is the sixth-youngest player to reach the top spot in the history of the ranking and couldn’t have drawn up a better start to his professional career.

Scheffler turned pro in the summer of 2018 and earned Korn Ferry Tour Player of the Year honours the next year thanks to two victories. Eighteen months ago, he was named PGA Tour Rookie of the Year.

He was also part of the United States’ winning Ryder Cup team last fall. He earned his spot on the team by finishing in the top 20 in each of the four majors in 2021, and inside the top 10 in three of the four.

And now Canadian golf fans will have the opportunity to cheer him on in person this summer.

After a two-year hiatus due to the COVID-19 pandemic the RBC Canadian Open is set to return June 6-12 with Scheffler a part of an exciting field expected at St. George’s Golf and Country Club this summer.More field announcements are set for the coming weeks, along with the return of the RBCxMusic Concert Series on both Friday and Saturday nights.