As the world (of Tiger Woods) turns 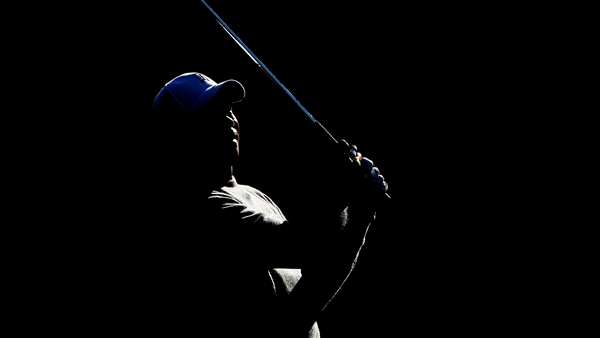 PALM HARBOR, Fla. – One lesson Jack Nicklaus imparted on Tiger Woods a decade ago in South Africa was to always be part of the conversation.

They were talking that day about rivalries.

The problem now for Woods is it’s hard to have any conversation about him without mentioning his health. The biggest rival for Woods at age 38 might be a body that by his own account appears to be breaking down.

Woods was a big part of the conversation in back-to-back weeks on the Florida swing, and it had little to do with this golf.

He withdrew from the Honda Classic after 13 holes in the final round with lower back pain and what he said were spasms. He showed up three days later at Doral to walk a practice round on the new Blue Monster with wedges and a putter. He shot 73 in the wind on Friday (a very good score), and he shot 66 on Saturday (a great score) to get within three shots of the lead. And then his back flared up and he had the worst Sunday score (78) of his professional career.

His year is starting to sound like one big soap opera.

Was he working out too much in the off-season? Was he playing too little? Should he have played Doral? Will he be at Bay Hill next week? Just how bad is his back? Is rest and treatment enough? What kind of shape will he be in when he gets to Augusta National?

And the question that has yet to be asked – should he even play the Masters?

No other player from his generation has spoken more to the media than Woods.

Few have given up so little.

Part of that – most of that – is his desire to keep what he considers private matters just that. And that includes his health.

Consider a sampling of Woods’ injuries in recent years.

By the end of the week, he dropped to his knees after one shot on the back nine from what he said were back spasms. Woods said it was unrelated to the tightness he felt in his back two weeks earlier in the final round of the PGA Championship. He showed up at Boston the next week, thankful for the Friday start of the Deutsche Bank Championship.

It’s painfully clear (no pun intended) that Woods does not want to divulge details when talking about injuries.

Asked Sunday at Doral if it could be something more than back spasms, Woods replied: “Well, it is back spasms, so we’ve done all the protocols and it’s just a matter of keeping everything aligned so I don’t go into that.” That was followed by a simple question: Have you had an MRI?

“As I’ve said, we’ve done all the protocols,” he replied.

At times, it can be hard to ignore one part of Hank Haney’s book, “The Big Miss,” when talking about Woods’ fascination with injuries. Haney, his coach for six years, said Woods could have worsened the condition of his knee with heavy workouts and Navy SEAL activities.

“But Tiger preferred that people see his injuries related to his sport, so that he could wear them as an athletic badge of honour,” Haney wrote. “To him, injuries were a way of being accepted into the fraternity of superstars who played more physical sports than golf. For example, a couple of times when I knew he’d just gotten off the phone with Derek Jeter, I’d asked what they had talked about. Both times Tiger said the conversation was about injuries they were each dealing with.”

Tiger said plenty last Wednesday when he said of his most recent injury, “A bad back is no joke.”

It’s easy to connect dots with scores and injuries, especially when the bad back on the last two Sundays followed rounds of 65 and 66. But that would be ignoring the 2008 U.S. Open he won in 91 holes on a left leg so badly damaged that it required season-ending surgery two days later.

Woods is not playing this week. Consider it a commercial break.