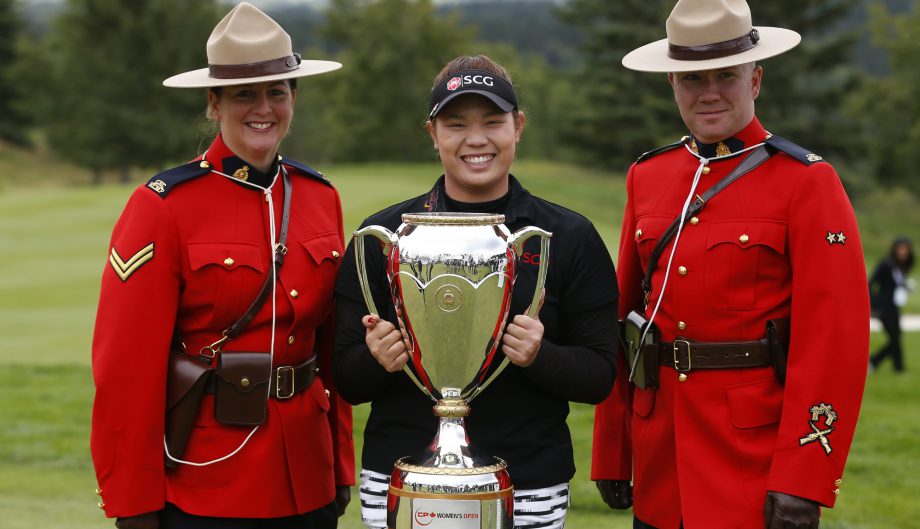 The field will also have a strong Solheim Cup presence as 19 of 24 competitors in this week’s biennial U.S. versus Europe contest have confirmed their intention to compete in Canada’s capital city.

“We are thrilled to welcome the world’s best to Ottawa as the CP Women’s Open returns to our nation’s capital to coincide with the Canada 150 celebration,” said Golf Canada’s Chief Championships Officer, Bill Paul. “The CP Women’s Open will feature a strong LPGA tour field along with the very best rising talents in Canadian and international golf. Ottawa area golf fans are sure to be treated to an unbelievable showcase of world-class golf.”

Brittany Marchand of Orangeville, Ont., who picked up her first Symetra Tour victory earlier this month at the PHC Classic, will also be in the field competing on a tournament exemption.

Each of the strong Canuck contingent have one goal in mind: to become the first Canadian to win an LPGA Tour event in Canada since Jocelyne Bourassa won La Canadienne in 1973.

On Monday, Aug. 21, an 18-hole stroke play qualifier will take place at Camelot Golf & Country Club in Ottawa to determine the final four exemptions directly into the CP Women’s Open.

The champion of the Data PGA Women’s Championship of Canada which concludes today at Scarboro Golf and Country Club in Toronto also receives an exemption into the 2017 CP Women’s Open.

Information regarding tickets and corporate hospitality for the CP Women’s Open can be found at www.cpwomensopen.com. A full field list of players confirmed to compete in the 2017 CP Women’s Open is available by clicking here.

Now in its fourth year, CP’s community investment program, CP Has Heart, is committed to raising funds in support of children’s heart health in the host community of the CP Women’s Open. The 2017 edition of Canada’s National Women’s Open is proud to have the Children’s Hospital of Eastern Ontario (CHEO) as the beneficiary charity.

The CP Has Heart fundraising activities tied to the CP Women’s Open and CHEO are part of CP’s overarching “Beautiful Hearts” campaign across the Ottawa region which will also run during the CFL regular season, playoffs and Grey Cup
The “Beautiful Hearts” campaign will support the refurbishment of facilities that patients use every day at CHEO and the University of Ottawa Heart Institute and celebrate the resiliency and spirit of the human heart.
Through August 27, 2017, CP will match all donations made towards pediatric cardiac at www.cheoheart.com. CP will also donate $5,000 to CHEO for every birdie made by a player on the 15th hole at Ottawa Hunt during this year’s championship. The 15th hole will also feature the 15th Green CP Fan Zone where golf fans can donate $20 to upgrade their grounds pass to access a covered greenside bleacher and viewing area with all proceeds to benefit CHEO.

Since 2014, the CP Has Heart charity campaign has raised more than $4.5 million in support of children’s heart health.

Kids 17-and-under Get in Free…

Golf Canada and CP are committed to offering a fan friendly, family event with the CP Women’s Open. To introduce more juniors to the sport, children aged 17-and-under get FREE admission to the CP Women’s Open for the entire week.

NOTE: All times listed are in Eastern Time. Times are approximate and are subject to change without notice.

Click here to learn more about the CP Women’s Open