Year of the Lyon 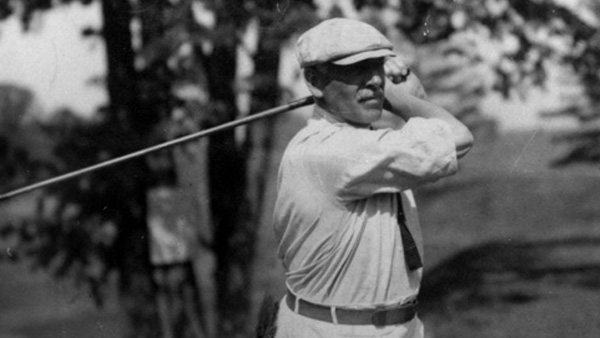 One hundred and ten years ago, the Olympics awarded gold, silver and bronze medals in golf for the first, and as it turned out, the last time to date. Canada’s George Seymour Lyon won gold – a surprise, perhaps, only to those who did not know him.

This gifted athlete could seemingly do anything. At 18, Lyon set a Canadian pole vault record and then put a promising athletic career on hold while he joined the Queen’s Own Rifles as a sergeant, rushing west to help quell the Northwest Rebellion in 1885. On his return to Toronto, he was the captain and second baseman of the city championship baseball team, as well as being an excellent tennis player. His great hand-eye coordination led him to cricket where, predictably, he became an outstanding player, batting a long-standing record of 238 not out. Golf, however, was not among Lyon’s hobbies until the ripe old age of 38.

In October 1896, Lyon was playing cricket at the Rosedale Cricket grounds. Only a fence separated it from the golf course. His friend, John Dick, was golfing. He spotted Lyon with his cricket bat, and made a teasing remark about needing a wide bat to hit a ball. Dick dared Lyon to try to hit a golf ball using a golf club. The rest, as they say, is Olympic history.

Lyon looked and acted like anything but a golfer; he was portly, loved to joke, was boisterously enthusiastic, and liable to break out in a verse of “My Wild Irish Rose” or suddenly begin to walk on his hands. Staid onlookers could only shake their head in awe and disbelief when they witnessed his apparently ruthless, haphazard swipe at the ball to send it far down the fairway. Nevertheless, within a year he was the Rosedale club champion, defeating the City of Toronto’s best golfer in the process. Just before his 40th birth- day, he won the Canadian Men’s Amateur title by twelve-up, one of eight times he would win that event.

In 1904, Lyon was one of 84 golfers from Europe and North America who entered the Olympic golf competition at St. Louis. The qualifying round at the Glen Echo Club on September 18 pared the 84 entrants down to 32. The American favourite Chandler Egan was in the lead, Lyon in ninth place. Lyon’s second round match play caused a bit of a stir when he defeated his opponent – a hometown favourite – by 11 holes with nine to play.

Predictably, Lyon’s form was criticized by the St. Louis papers: Yes, he drove the ball huge distances, but that hardly made it golf, they said. Regardless, he was among the elite final eight players: three from St. Louis, three from Chicago, one from Seattle and the unlikely (according to the media) and maligned Canadian. Lyon ignored his detractors and defeated his third round opponent by four strokes.

His semi-final competitor was Francis Newton, the Pacific Coast champion. Some called it the best match of the tournament with the eighth and ninth holes described as “being negotiated by the cleverest golf ever seen in North America.” The match highlight was a monster drive of 327 yards by Lyon.

The Canadian underdog had played his way to the gold medal final, but few had any hope Lyon could win against the recently crowned American champion, 23-year-old Egan. However, Lyon showed up for the two final 18-hole rounds as enthusiastic as ever and stepped up to the first tee amid polite applause. He drove to within eight yards of the 276–yard pin placement, took two putts and was one up. Egan matched him hole for hole afterwards throughout the first 18 holes, and Lyon maintained his one-up lead.

The two broke for lunch and resumed play at 3:00 in the afternoon for the final 18. The great match was the talk of the clubhouse. Word spread; the gallery increased as Lyon’s steady game paid dividends. His lead had increased to four by the 24th hole of the day, when Egan mounted a comeback and won the next two holes. At the 30th, it appeared that Lyon’s lead would shrink to one but he made a clutch putt to retain his valuable two-hole lead. Egan won the 31st, cutting the lead to one.

The gallery seemed to be waiting for Lyon to crack but he was unfazed. His drive on the 33rd was straight down the middle of the fairway; Egan ended up in the lake. Lyon was two up again. Lyon won the final hole to take the match three up with two to play, ending what some were calling “the greatest golf tournament ever held in America.”

Onlookers cleared a path for Lyon to the clubhouse where his trophy and medal were waiting for him. With his characteristic boundless energy, Lyon walked there on his hands. Before the night was out, he had all singing his favourite song: “My Wild Irish Rose.”

At the 1908 London Olympics, golf was once again on the schedule. Lyon went to defend his gold medal, however a dispute between U.K. golfers and Games officials resulted in the British golfers boycotting the Games. The Americans were unwilling to journey to London amidst all the uncertainty, leaving Lyon as the only official entrant for golf. Though officials told him he would be awarded the gold medal, Lyon refused to accept a prize that he did not win in a competition.

It’s been 110 years since Canada celebrated Lyon’s Olympic gold, but fans will only have to wait two more for a chance to see if a Canadian golfer can repeat the feat at the 2016 Rio Games.