Years after US Open runner-up not kind to Mickelson 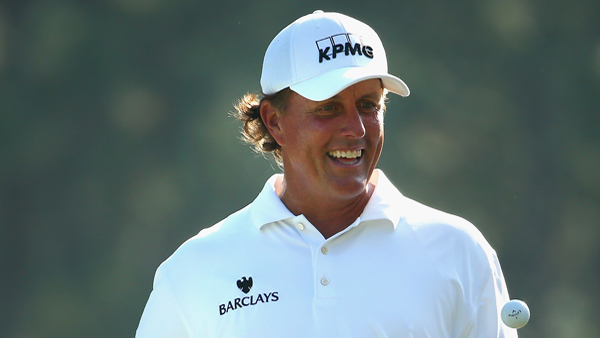 He just wouldn’t say whether it would be this year.

Pinehurst No. 2 holds an emotional connection for Mickelson for a couple of reasons. It was the first of his record six runner-up finishes in the U.S. Open, and his first child was born the day after Payne Stewart made a 15-foot par putt on the 72nd hole to beat him by one shot. What gets overlooked is that Mickelson tied for 33rd and was 12 shots behind when the U.S. Open returned to Pinehurst No. 2 in 2005.

And here’s something else to consider: Mickelson never fares too well the year after his runner-up finish. He will try to change that trend at Pinehurst No. 2 this week.

What follows is a look at Lefty’s encores at the U.S. Open after his five previous silver medals:

Mickelson was runner-up at Pinehurst in 1999 in what became a lost year on the golf course. That was the first full year he failed to win a PGA Tour event. The following year, he already had won three times before the U.S. Open at Pebble Beach.

He had won the AT&T Pebble Beach National Pro-Am two years earlier. Surely, he would be considered a major contender.

But this was the Tiger Woods show.

Woods, who had won the AT&T earlier that year with a five-shot comeback, went wire-to-wire in what many consider the greatest U.S. Open performance ever. He set a major championship record with a 15-shot victory.

As for Mickelson? He never had to birdie three of his last six holes just to shoot par in the opening round. He never broke par all week and tied for 16th, 19 shots behind.

Mickelson finished three shots behind Woods at Bethpage Black in the 2002 U.S. Open. By then, he was clearly the best player to have never won a major.

The 2003 season started poorly for him, and for good reason. His wife, Amy, gave birth to their third child at the end of March. It was a difficult pregnancy, and there was a time when Mickelson feared he might lose his wife and son, Evan, in the hours after he was born.

Olympia Fields was soft that year because of rain. Mickelson opened with rounds of 70-70 to fall seven shots behind. He had weekend rounds of 75-74 and tied for 55th, which left him 17 shots behind Jim Furyk.

That remains the only year Mickelson didn’t win or even have a second-place finish.

Mickelson had another close call in the U.S. Open at Shinnecock Hills in 2004. He was tied for the lead with two holes to play until three-putting from 5 feet on the par-3 17th to make double bogey and losing to Retief Goosen.

He was a popular favorite at Pinehurst, with memories still fresh from his runner-up finish to Stewart in 1999. He had top-10 finishes in five straight majors. He opened with a 69, two shots out of the lead and one of only nine players to break par.

And it was all downhill from there. Mickelson followed with a 77, closed with rounds of 72-74 and tied for 33rd, 12 shots behind Michael Campbell.

Coming off his most devastating U.S. Open loss at Winged Foot in 2006 – he made double bogey on the 18th hole to finish one shot behind – Mickelson had plenty of momentum going into the 2007 Open at Oakmont.

He had hired Butch Harmon as his swing coach, and won The Players Championship.

But a scouting trip to Oakmont was his undoing. The rough was so thick that Mickelson says he injured his left wrist during one of his marathon practice sessions. He went nearly two weeks without playing before the opening round.

Mickelson shot rounds of 74-77 and missed the cut under the 10-shot rule when Angel Cabrera birdied his last hole of the second round. It was the first time Mickelson missed the cut in the U.S. Open since his pro debut at Pebble Beach in 1992.

Mickelson set the U.S. Open record with his fifth runner-up finish at Bethpage Black in 2009 due to a three-putt bogey from the fringe on the 15th hole. He won the Masters for the third time in 2010, and by now was a three-time winner of the AT&T Pebble Beach National Pro-Am.

He had a chance to go to No. 1 in the world with a third-place finish. His only concern were the greens, which proved to be a problem by Sunday.

Mickelson started 75-66 and was two shots behind Graeme McDowell. And while he was seven shots behind Dustin Johnson going into the final round, he birdied his opening hole and was right in the mix when Johnson fell apart early.

Mickelson didn’t make a single birdie on the back nine. He tied for fourth, three shots behind McDowell.