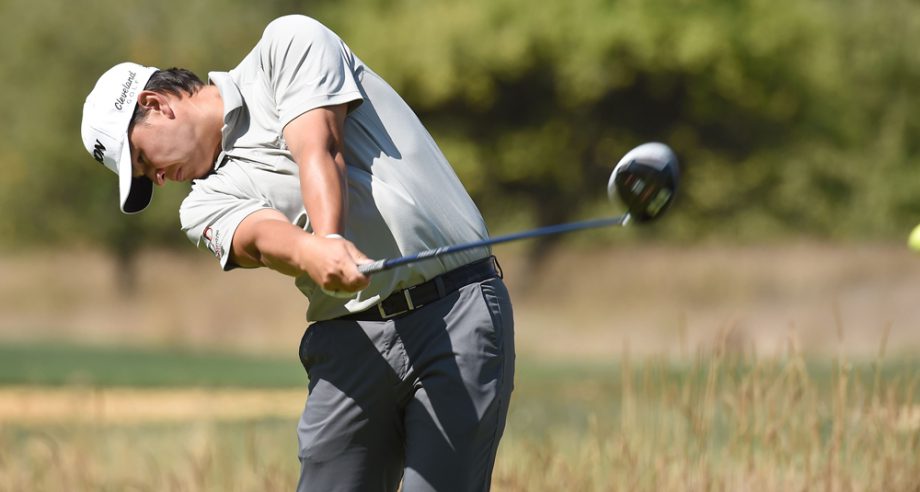 RALEIGH, N.C. – J.J. Spaun matched a career-best, 8-under 63 to take a one-shot lead at the Rex Hospital Open. The 25-year-old posted six birdies and an eagle at the par-5 15th in the opening round to take his second opening-round lead of 2016. Chris Wilson and Canadian Ryan Yip are just one shot back of the lead after 7-under 64s.

Spaun, No. 1 on the Mackenzie Tour – PGA TOUR Canada Order of Merit a year ago, opened the Chitimacha Louisiana Open presented by NACHER in March with an 8-under 63 before finishing in a tie for seventh.

“Just trying to stick to game plans, don’t try to be too conservative. I think that’s what I learned from Chitimacha,” Spaun said. “I came out firing the first day and then kind of cooled off the last three rounds.”

Spaun’s 2016 campaign has included the Northern Trust Open Exemption, awarded annually to a top golfer who represents the advancement of diversity in golf, and wouldn’t otherwise be eligible to compete in the PGA TOUR’s long-standing event at Riviera Country Club in Pacific Palisades, California.

Rounds of 77-75–152 (10-over) left Spaun on the outside of the cut line, but nevertheless set the tone for a solid 2016 season on the Web.com Tour, where he has notched a pair of top-25 finishes, including a season-best T7 at the Chitimacha Louisiana Open presented by NACHER. He is currently 41st on the Tour’s money list with $33,177 in earnings.

Wilson, an Ohio native, recently joined TPC Wakefield Plantation after moving to Raleigh for his wife’s new job in January. His 64 marked a career-best over the course of 97 career Web.com Tour events. His T8 finish at the 2014 Rex Hospital Open is one of six career top-10s on the Web.com Tour. Despite missed cuts in six of his first seven starts of 2016, Wilson is confident in where his game is headed.

“Ball-striking hasn’t been quite crisp enough and struggled a little bit with the putting,” Wilson said. “I made a few tweaks in my setup with both, and things are trending in the right direction now.”

Yip, the self-taught 31-year-old from Calgary, birdied five of his last six holes to tie his career best. He credited his new coach (the first of his career) and a new pair of Air Jordan 9s that he was wearing for the first time during Thursday’s opening round.

The former Kent State Golden Flash previously posted career-best 64s at the first round of the 2015 Digital Ally Open (T3) and the 2016 Brasil Champions presented by Embrase, where he missed the cut after a second-round 75.

“I’ve been working with my coach back home, found something, got a new pair of shoes and seems to be working,” said Yip, who created the shoes with existing spikes.