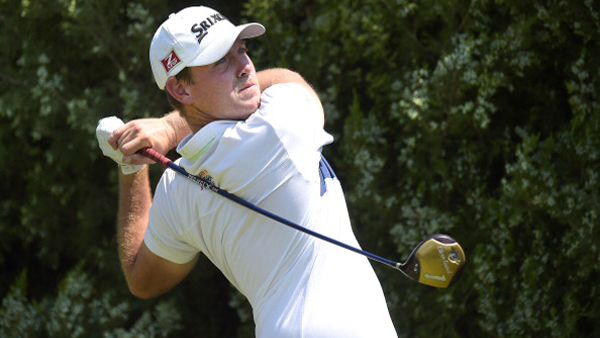 OVERLAND PARK, Kan.-– Zack Sucher won the Midwest Classic on Sunday for his first Web.com Tour title, closing with a 1-over 72 in windy conditions for a three-stroke victory.

“I played really well last week and didn’t get it done the last two days,” said Sucher, coming off a tie for fourth last week in the Boise Open after sharing the 36-hole lead. “I’m headed to the PGA Tour and now I can finally stop worrying about it.”

“Everything’s good,” Lyle said. “The body’s held up well. I’ve done a lot of good things. I think the biggest positive is the fitness side of it, that in the heat I got around four days and got around comfortably.

“The golf game’s been in good shape for a while, but we had to wait and see if it fared well in tournament golf. … I’m ecstatic with the way the week has gone. Better than expected.”

When Lyle returns to the PGA Tour for the start of the season in October, he will have 20 events to earn $283,825 and reach the equivalent of No. 125 on the money list in 2012, the year he suffered a recurrence. He returned to play in November in the Australian Masters and played in the Victorian Open in February.

“I saw the forecast last night and the wind was going to be in the opposite direction than it had been all week,” Sucher said. “We saw that wind on Wednesday and it makes almost every hole play harder. I knew that it was going to be hard for somebody to shoot a really good score. It was going to be tough.”

Former Kansas State player Aaron Watkins was second. He also finished with a 72.

Canada’s Roger Sloan finished at 6-under and tied for 41,  and Team Canada Young Pro Squad member Mackenzie Hughes carded 75 in the final round to tie for 64th.