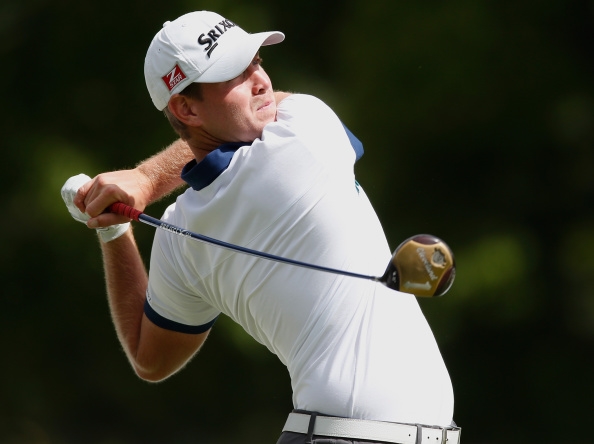 Sucher had nine birdies in his bogey-free round at Montreux Golf and Country Club for three-point lead over Patrick Rodgers. Under the modified Stableford format, players receive 8 points for double eagle, 5 for eagle, 2 for birdie, 0 for par, minus-1 for bogey and minus-3 for double bogey or worse.

Sucher has made only four cuts in 16 starts in his first season on the PGA Tour. The 28-year-old former Alabama-Birmingham player won the Web.com Tour’s Midwest Classic last year.

Rodgers had eight birdies and a bogey.

Ricky Barnes was third with 14 points, and David Toms and J.J. Henry followed at 13.

Canada’s Roger Sloan opened with 7 points and is tied for 41st, while compatriot Adam Hadwin had a single point and was tied for 95th.