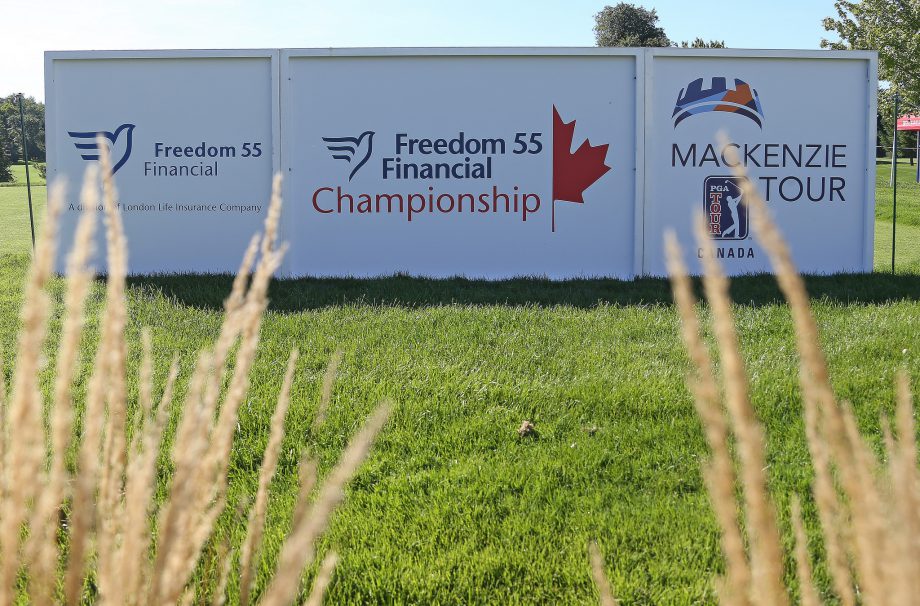 The Freedom 55 Financial Championship is the final of 12 events on the 2016 schedule, with three events in as many weeks to close out the race to finish in The Five and earn status on the Web.com Tour for 2016. The top 60 players on the Order of Merit through the Niagara Championship make the field and retain exempt status on the Mackenzie Tour for the 2017 season.

The event returns to the Stanley Thompson-designed Highland Country Club for the second year, where in 2015 Murfreesboro, Tennessee’s Jason Millard defeated defending champion Ryan Williams of Vancouver in a playoff to move from 30th on the Order of Merit into fifth, earning status on the Web.com Tour for this season.

Final stop in the race for The Five

This week’s by Freedom 55 Financial Championship is the final chance for players to earn status on the Web.com Tour for next season. Below is a breakdown of the Web.com Tour status available by position on the 2015 Order of Merit.

Thanks to an unprecedented season of four wins and $156,783 in earnings, Syracuse, New York’s Dan McCarthy has removed all suspense from the chase for the top spot on the Order of Merit. With a $77,508 lead over No. 2 Brock Mackenzie heading into this week, the 31-year old is mathematically guaranteed to finish No. 1 on the season-long money list, earning fully exempt status on the Web.com Tour for 2017.

McCarthy leads the way in the current top five heading into this week:

Wise looking to hold on to ‘bubble’ position

2016 NCAA Champion Aaron Wise comes into the Freedom 55 Financial Championship on the verge of finishing in The Five and earning Web.com Tour status, currently holding the coveted fifth spot. The Lake Elsinore, California native became the youngest winner of the PGA TOUR era on the Mackenzie Tour earlier this year when he captured the Syncrude Oil Country Championship presented by AECON at 20 years, 1 month and 10 days old, and in six starts has yet to finish outside the top-15.

Any player currently 32nd or better on the Order of Merit has the mathematical possibility of moving inside The Five with a win this week. Below are the top 32 and their minimum required finish to surpass Wise in fifth place.

Cornelson comes back strong in 2016
Following a season where he finished 94th on the Order of Merit, Langley, B.C.’s Adam Cornelson has produced a career season in 2016, with a win at the Bayview Place Island Savings Open presented by Times Colonist and five top-25 finishes. The 28-year old holds the fourth spot on the Order of Merit, in position to earn the Dan Halldorson Trophy as Freedom 55 Financial Canadian Player of the Year along with a $25,000 prize.

Currently, five Canadian players are in contention for the award. Below are the 11 players and their minimum required finish to surpass current top Canadian Adam Cornelson.

Canadians in the Field: 12

(Listowel, Ont.’s Corey Conners qualified at No. 19 on the Order of Merit, but is opting to play the remainder of the PGA TOUR Latinoamérica season)
Notes on the field