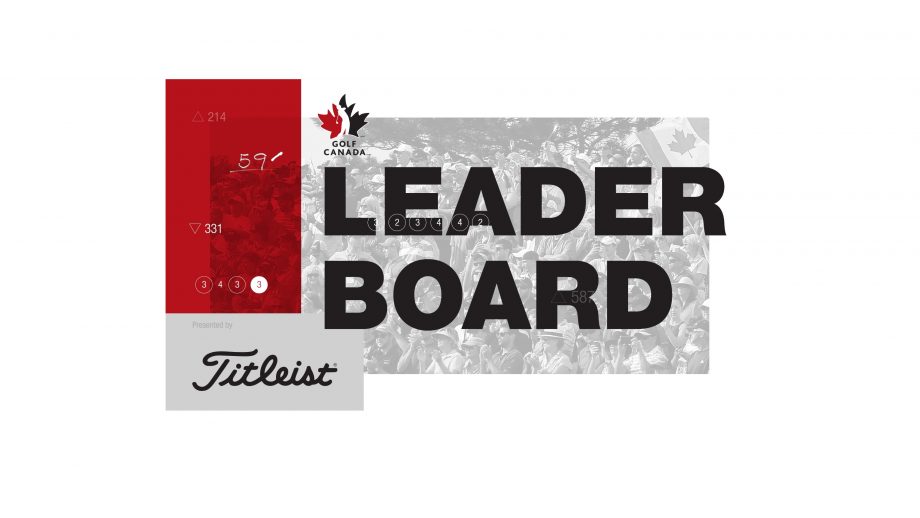 Adam Svensson birdied two of his final three holes for a final round 64 en route to his first career PGA Tour win at the RSM Classic. Locked into a four way tie for the lead, the B.C. golfer sank an 18-foot birdie putt on the 16th hole, and then hit a tee shot to 10 feet on the par-3 17th for a birdie that gave him the eventual margin of victory. Svensson carded an opening round 73 – the highest opening round score by an eventual winner in the last two years. He was in danger of missing the cut before rallying to play the final three rounds in 20 under par. The last player to be outside the top 100 after 18 holes and go on to win the tournament was Ian Poulter in 2018. Svensson, who birdied six of the last eight holes for a third round 62 to put himself into contention, is the second Canadian player to win on Tour this year, joining Mackenzie Hughes. He and Hughes are also past winners of this event. Svensson earns a two-year exemption along with an invitation to the Masters and the PGA Championship. He will also be in the field for the Tournament of Champions event at Kapalua the first week of January. …Taylor Pendrith posted his eighth top 20 result in his last 11 starts

Lydia Ko birdied the 16th hole and outlasted Leona Maguire to win the season-ending CME Group Tour Championship by two strokes and claim the richest prize in women’s golf. The victory enabled Ko to clinch the points-based award for LPGA player of the year for the second time while the $2 million winner’s cheque pushed her season earnings to just over $4.3 million, leaving her $591 short of Lorena Ochoa’s record for single-season. It was her 19th career win – her first coming a decade ago at the CP Women’s Open when she was a 15-year-old amateur. Ko ends the year with three victories – the first time she’s finished with multiple wins since 2016 – and nine top five finishes. …Brooke Henderson, who played despite an upper-back injury, needed to win the tournament and have Ko finish third or worse to win the Tour’s player of the year award. She finishes the year with 10 top 10 results and two wins, including her second career major.

Jon Rahm opened the final round with three straight birdies on his way to two stroke victory at the season ending DP World Tour Championship. Rahm becomes the first player to win the tournament three times. England’s Tyrrell Hatton and Sweden’s Alex Noren finished tied for second. Rory McIlroy finished alone in fourth, four strokes back, but it was enough for him to claim the European points chase. He becomes only the second player to capture both the PGA Tour and European tour season titles, joining Henrik Stenson who did it in 2013. There were no Canadians entered in the event.

Canadians Alan McLean, Michael Bruchet and Dennis Hendershott all advanced to the final stage of Champions Tour qualifying following their performances at separate first stage qualifying events. McLean finished tied for sixth at the event in Florida while Bruchet and Hendershott finished tied for seventh and tied for 14th, respectively at the event in Nevada. Kevin Baker missed out on a playoff to advance to the final round by two strokes. The final stage of qualifying will take place the first week in December with the top five finishers earning exempt status into all events in 2023. Those who finished sixth through 30 will have the opportunity to play their way into tournaments via weekly qualifiers.

Ollie Osborne claimed medalist honours at the third Latinoamerica qualifying tournament, earning an exemption into every event in 2023. Max Sekulic from Rycroft, Alberta was among 11 others who earned exemptions into the first half of the tour’s schedule after finishing in a tie for 11th. …Kevin Gordon (T29) and AJ Armstrong (T35) earned conditional membership.

Seulki Lee and Becca Huffer shared co-medalist honours in winning Stage II of the LPGA Tour Qualifying Tournament. Selena Costabile finished in a tie for 18th and was the only one of five Canadians to advance to the two-week LPGA Q-Series final next month.