An 84 and tears for Michelle Wie at Women’s PGA 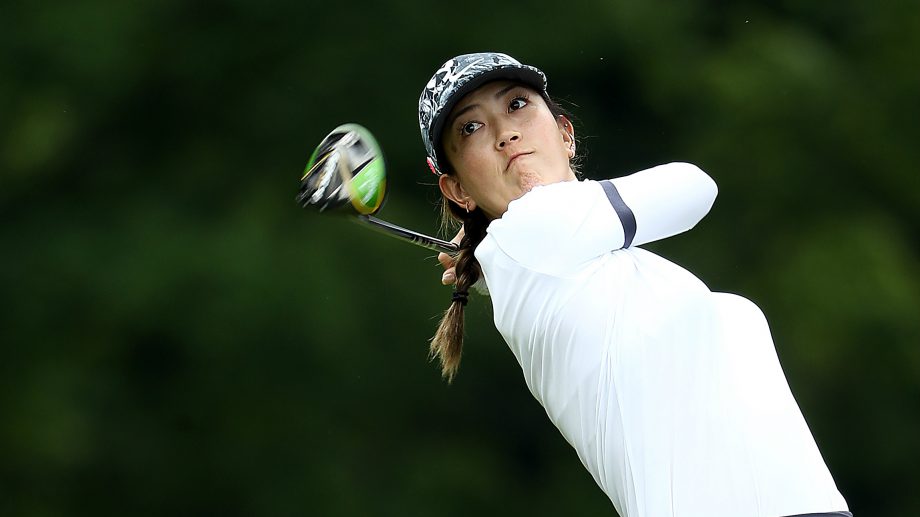 CHASKA, Minn. – Michelle Wie returned to competition Thursday in the KPMG Women’s PGA Championship looking as if she had never left.

And then she wondered, through tears, how much time she had left.

“It’s hard,” Wie said after matching her highest score on the LPGA Tour as a pro. “It’s just one of those situations where I’m not entirely sure how much I have left in me. So even on the bad days, I’m just like trying to take time to enjoy it.”

At this point, her voice was cracking and she began wiping tears from her eyes as she stood outside the clubhouse at Hazeltine National.

“It’s tough,” she said, before walking away.

Wie has lived with fame her entire career, from winning the U.S. Women’s Amateur Public Links at age 13, competing against the men on the PGA Tour at age 14 and turning pro at age 16. She has five LPGA victories, most notably the U.S. Women’s Open at Pinehurst No. 2 in 2014, most recently the HSBC Women’s World Championship at the start of the 2018 season.

The most recent injury was to her right hand. She had surgery in October, returned in Thailand in February and had to withdraw from her title defence in Singapore a week later as she still coped with pain.

Wie sat out a month and returned at the LPGA’s first major and then her hometown event in Hawaii, both times missing the cut. She withdrew from the U.S. Women’s Open three weeks ago, and didn’t start hitting balls again until last week.

Hazeltine proved to be too tough for someone whose hand is that fragile, and that was before dark clouds, cooler temperatures, wind and rain arrived as she was finishing a round to forget.

Wie had two birdies to go along with two double bogeys, six bogeys and a quadruple bogey on the par-3 eighth over the water, her penultimate hole.

“It was kind of a little foolish to think that I would shoot really well – just hitting golf balls last week – at Hazeltine,” Wie said. “It’s a tough golf course but I’m really, really happy that I played. Just feeling a lot of joy just being out there and competing again. It’s going to take time and I’ve just got to be patient, and thankfully I have all afternoon to get warm again and take care of my wrist.”

She played with Lydia Ko, who saw a good attitude to go along with a big struggle.

“Clearly, she loves the game and she’s passionate about it and she’s not out there just because she’s a golfer. She loves it,” Ko said. “She loves being out here with the girls and that’s why even though has to go through the treatments and everything, she keeps coming out and trying. … She’s definitely got nothing to lose. She’s proven herself in all different levels. She’s a U.S. Women’s Open champion. But it shows how much she loves the game.”

Wie had said earlier in the week she talked to the LPGA Tour about taking a medical leave the rest of the year. She thought she was getting healthy enough to rehabilitate and try to play without pain.

“Every bit of my body wants to play and it sucked sitting out of the U.S. Open,” she said. “I just didn’t want to do it again and I’m here.”

Just maybe not for long.

A quartet of Canadians are in the field. Brooke Henderson, sits in a tie for 84th at 4 over, and Alena Sharp is one stroke behind Henderson in a tie for 103rd. Jaclyn Lee and Anne-Catherine Tanguay are both tied for 124th at 7 over.