A day of dominance and survival at Match Play 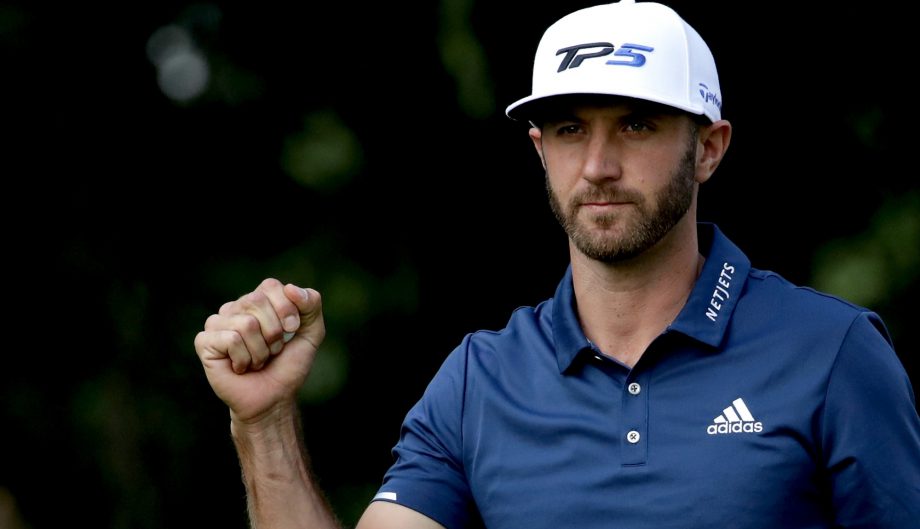 AUSTIN, Texas – Dustin Johnson and Phil Mickelson showed the simple side to the Dell Technologies Match Play. For three straight days in warmth, wind or rain, they built early leads and never let anyone get close to them in advancing out of their groups to the knockout stage.

For just about everyone else, it was a matter of surviving.

Bill Haas delivered another amazing escape when he chipped in from 120 feet to save par and extend a sudden-death playoff that he eventually won in six holes.

Marc Leishman made it to the round of 16 by playing two holes on Friday. He was awarded a victory because Jason Day withdrew on Wednesday, got a reprieve when Lee Westwood beat Pat Perez to force a three-man playoff, and beat Westwood on the second hole with a 12-foot birdie.

“Pat was either going to beat Lee and I was flying home tomorrow morning, or I was going to get to play golf and try to advance,” Leishman said. “I got the latter and advance. So it was a great day.”

It was an easy day for Johnson and Mickelson.

Johnson, the No. 1 seed going for his third straight PGA Tour victory, again won the opening hole and showed why he might be the most feared player in golf at the moment. He shot 30 on the front nine, and all PGA champion Jimmy Walker could do was make the match last as long as he could.

Johnson won, 5 and 3, and goes into the weekend having led after all 46 holes he has played this week.

Mickelson only made two birdies, but he had no mistakes and no trouble in a 6-and-5 victory over J.B. Holmes. Mickelson has led 41 of his 42 holes this week, and he has played so well from tee to green – and especially on the greens – that he has yet to see the 16th, 17th or 18th holes in competition at Austin Country Club.

Mickelson advanced out of the third round for the first time since 2004, so long ago that Lefty was known as the best player without a major and Tiger Woods was starting to work with a new swing coach, Hank Haney.

Johnson and Alex Noren (No. 8) were the only top 10 seeds left going into the weekend. Rory McIlroy (2) was mathematically eliminated on Thursday; Day (3) withdrew; Hideki Matsuyama (4) didn’t win a match all week; and Jordan Spieth (5) didn’t make it out of group play for the second time in three years.

Justin Thomas (6) also was knocked out. Thomas had a 2-up lead with five holes to play until Matt Fitzpatrick won the next four holes with birdies to win the match. That got Fitzpatrick into a playoff with Kevin Na, who had a 4-up lead until Chris Wood won the next six holes and seven out of the next eight.

Their playoff didn’t start for two hours, then Na hit a wedge to 3 feet and he advanced.

Fitzpatrick didn’t even endure the greatest frustration. That belonged to Tyrrell Hatton, his fellow Englishman, who lost to Rafa Cabrera Bello to set up a three-man playoff of stroke play involving Charles Howell III.

Hatton had a 10-foot putt to win on the first extra hole, but just missed on the left. When he went to tap in, he set his putter down and nudged the ball. Under a new local rule, he could have replaced it with no penalty. But he tapped in and incurred a two-stroke penalty, and he was walking back to the clubhouse as Cabrera Bello and Howell played on. Howell wound up winning on the fifth extra hole.

Asked if he knew the rule, Hatton replied, “I really wasn’t thinking at that stage.”

Sergio Garcia (7) lost in a battle of the Spaniards when rising star Jon Rahm took him down. Garcia at least provided one unforgettable moment when a burst of rain during his tee shot on the 13th hole caused him to lose his grip. The tee shot squirted left about 30 feet.

“First, I thought I missed the ball. Second, I thought the club was gone,” Garcia said. “Anyway, the match was already in bad shape there.”

Ross Fisher of England came up with another clutch moment. He only assured himself a spot in the Match Play three weeks ago with birdies on his last three holes in Mexico to tie for third and move up in the ranking. On Friday, he beat Jim Furyk and then holed a 20-foot birdie putt to beat Louis Oosthuizen in a playoff.

Reaching the round of 16 leaves him a good chance to be in the top 50 in the world at the end of the week and get into the Masters.

And now, everyone starts with a clean slate.

It’s single-elimination the rest of the way, starting with the fourth round and quarterfinals on Saturday.