A Hall of Famer’s welcome 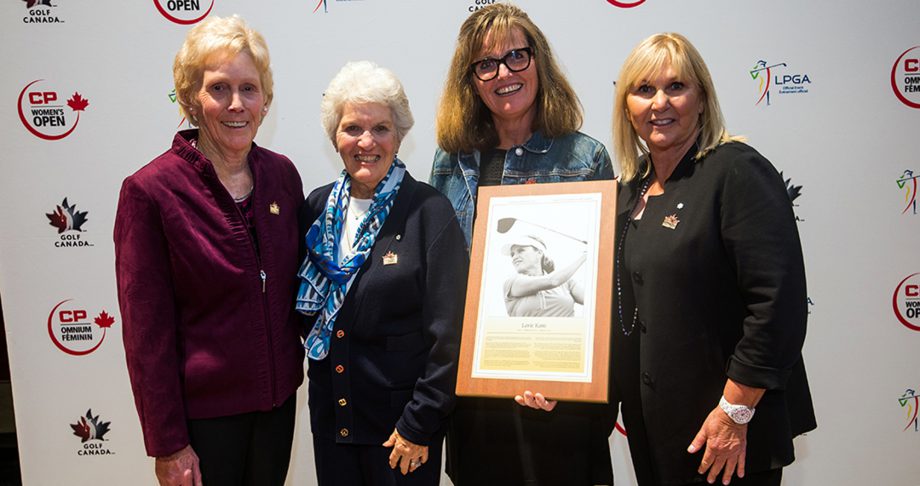 The Canadian Golf Hall of Fame welcomed three new members into its storied ranks in 2016.

Charlottetown’s Lorie Kane and London, Ont., native Warren Sye were inducted in the Player category, while golf journalist Bob Weeks of Toronto was inducted in the Builder category. The trio became the Hall of Fame’s 75th, 76th and 77th honoured members. For more on the 2016 induction class, read here.

Here is a look back at this summer’s induction ceremonies as we celebrated another outstanding achievement in three distinguished careers.

Warren Sye and guests enjoy a glimpse into the past.

Warren Sye and his family take to the podium.

Mike Weir has a few kind words at the induction ceremony.