A rough, emotional day for top seeds at match play 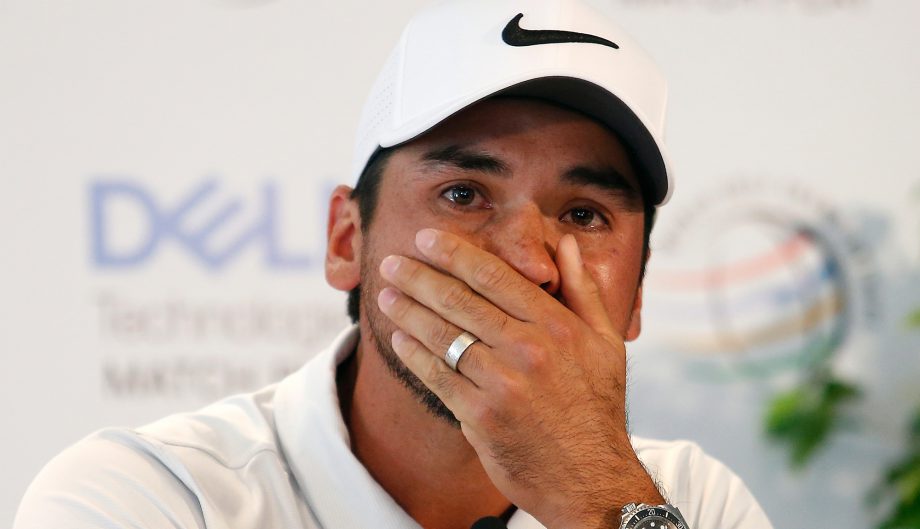 Rory McIlroy and Jordan Spieth might not be far behind.

The opening round of golf’s most unpredictable tournament took a stunning turn Wednesday when the third-seeded Day abruptly conceded his match to Pat Perez, then wiped away tears as he revealed his mother has lung cancer. Day withdrew to be with her in Ohio for surgery on Friday.

“It’s been a very, very hard time for me to even be thinking about playing golf,” Day said. “And I know my mom says not to let it get to me, but it really has. So I just need some time away with her to make sure that everything goes well because this has been very, very tough for me. So I’m going to do my best and try and be there the best I can for her because she is the reason that I’m playing golf today.”

Dustin Johnson had no trouble in his debut as the No. 1 seed. He had five birdies in his opening eight holes at Austin Country Club and there wasn’t much Webb Simpson could do, but try to extend the match as long as he could. It lasted 15 holes in a 5-and-3 victory.

“Got a long way to go, but getting the first match in the books with a win is definitely a head start,” said Johnson, who is trying to win his third straight tournament.

McIlroy (No. 2) and Spieth (No. 5) face critical matches the rest of the way.

McIlroy, the 2015 champion and a semifinalist last year, appeared to seize control against Soren Kjeldsen when he won three straight holes to take the lead, including a 410-yard drive on the par-5 12th hole and another drive over the water to the edge of the green on the 317-yard 13th hole into the wind.

Kjeldsen, crisp as ever with his short irons, ran off four straight birdies to end the match. He took a 1-up lead with a wedge in tight on the par-5 16th, and then his pitching wedge that landed inches from the cup and settled 2 feet away for a birdie on the 17th to end it. Kjeldsen was 6 under on the round.

It was the first time McIlroy had lost his opening match since 2013 when Match Play was single elimination.

“If I had played anyone else, I might have won,” McIlroy said. “Overall, I can’t be too disappointed. But at the same time, when standing on the 14th tee just having won three holes in a row, I thought I had him going into a tough stretch of the golf course. But he put up three birdies in a row, and you can’t do anything about that.”

Spieth didn’t put much of a fight against Hideto Tanihara of Japan, making his debut in Match Play.

With the Texas crowd on his side, Spieth missed a short birdie attempt that would have given him the lead on No. 5.

Two holes later, Tanihara poured in an 18-foot birdie putt and Spieth couldn’t match him. And he never caught up. Spieth didn’t win a hole until the 14th – with a bogey – and Spieth gave him the next hole when his wedge sailed over the 15th green.

Spieth and McIlroy are not done yet, though they need some help.

The best record from the 16 four-man groups advance to the knockout stage on Saturday. Ties are determined by a sudden-death playoff, and head-to-head matchups do not count.

“I obviously have to take care of my end of the bargain tomorrow,” Spieth said, who next faces Yuta Ikeda.

Hideki Matsuyama (No. 4) wasn’t all that happy, either. He missed a 6-foot birdie putt against Jim Furyk and had to settle for a halve. Sergio Garcia, meanwhile, was thrilled to get a halve against Shane Lowry.

The Spaniard never led on the back nine and was 1 down going to the 18th. Lowry hit driver well left into the shaggy grass of a hazard, did well to get it on the green but then three-putted for a bogey.

Justin Thomas (No. 6), fell behind for the first time in his match against Chris Wood on the 13th hole. Thomas won the next two and then closed him out on the 17th. Next up for the PGA Tour’s only three-time winner this season is Kevin Na.

“I didn’t know I was playing him until you just told me,” Thomas said. “I guess that can tell you how I’m viewing everything this week. I’m just going to play golf.”

Only nine of the 32 matches went the distance. Charl Schwartzel had the shortest day, ending his match against Byeong Hun on the 13th hole.

Perez went 2 up early on Day, including a 30-foot birdie putt on No. 4 that swirled into the cup. But on the par-5 sixth, Day was listless and chopped his way to a double bogey when he shook hands and walked off the course.

Day never let on that his mother, Dening, was diagnosed with lung cancer at the start of the year. The prognosis was bleak in Australia – he said doctors told her she only had 12 months to live – so he brought her to Ohio in the last month for a new round of tests.

He said doctors have been more optimistic, and Friday’s surgery will determine a plan for recovery.