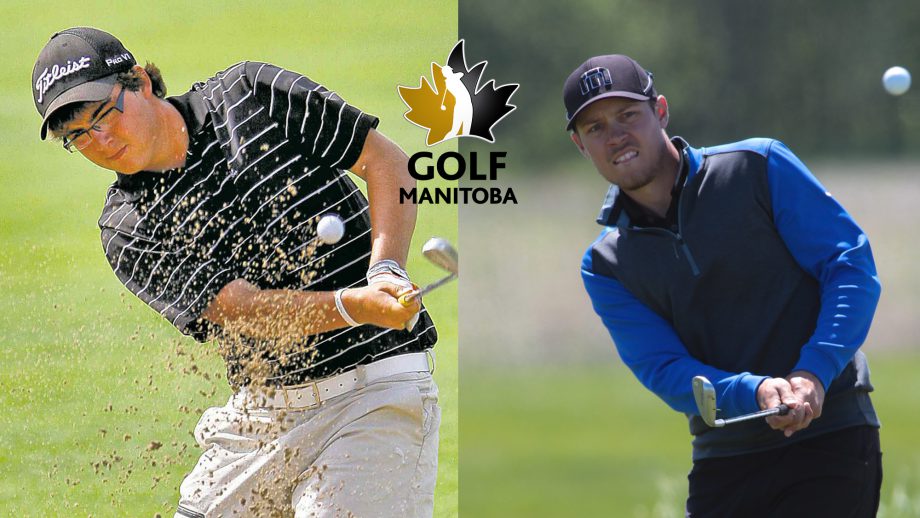 Coming full circle is a term used to symbolize transitioning or returning to an original position or state of affairs.

In this case, it represents two local friends from Manitoba, Aaron Cockerill and Josh Wytinck.

Their story began in southern Manitoba, where the pair began to cross each other’s paths through local tournaments and tryouts under Golf Manitoba’s youth development programming.

Wytinck, one of roughly 650 natives of Glenboro, recalled playing in tournaments at the age of 11 before deciding to specialize in golf at age 15. With his hometown’s smaller population, Wytinck was quite familiar with his competition—with the exception of a surprise at the 2007 Manitoba Rural Junior (players outside Winnipeg).

“All of a sudden I remember showing up at the rural junior in Manitoba, this guy named Aaron Cockerill wins the tournament,” he said. “I’m pretty sure it was his first Golf Manitoba event—so he was kind of the guy to beat.”

Their friendship took off after that and was officially cemented in the summer of 2009 when both Wytinck and Cockerill were a part of Golf Manitoba’s training squad for the upcoming Canada Summer Games in P.E.I.

“Oh wow, yes that was a while back,” laughed Cockerill of his past with Wytinck. “Golf Manitoba had us training together, working out together, practising and of course playing in a ton of tournaments throughout the summer.”

Only a year apart, the duo shared in many great competitions together, most notably the 2012 Manitoba Men’s Amateur. At 21, Wytinck edged out runner-up Cockerill in a playoff to take the title.

Coming from Stony Mountain’s population of roughly 1,000, Cockerill took some time adjusting to the busy scene at Idaho but it wasn’t long before he found his place.

“I loved it there—we had a lot of great guys on the team, we all ended up living together,” he said. “I learned a lot there and had a blast at the same time.”

Being a 22-hour drive from home, maturity caught up with Cockerill pretty quickly. “In terms of being on my own, I really grew up a lot when I was there—and that really affected my golf game in a positive way as well,” he said.

He went on to earn first-team all-Western Athletic Conference honours in his senior year to go along with 14 top-25 finishes throughout his time at Idaho.

Across the border, Wytinck mirrored the success of Cockerill by captaining the Manitoba Bisons to the Canadian University/College Championship title in 2014—his senior year.

Despite their different routes, each has gained a wealth of experience and the pair has now come full circle as they pursue careers in professional golf through the Mackenzie Tour-PGA TOUR Canada. Both athletes are currently playing in Monday qualifiers while working towards full-time status.

“We’ve been training a lot together now in Winnipeg since this is both our professional jobs now,” said Cockerill. “We play together at courses that are side-by-side (Elmhurst and Pine Ridge) which helps with our training.”

Both Wytinck and Cockerill shared very similar words of advice for aspiring Manitoba natives looking to chase the same dream—the more situations you put yourself in, the greater the chance you have to learn and succeed. Play as many events as you can and never stop learning.