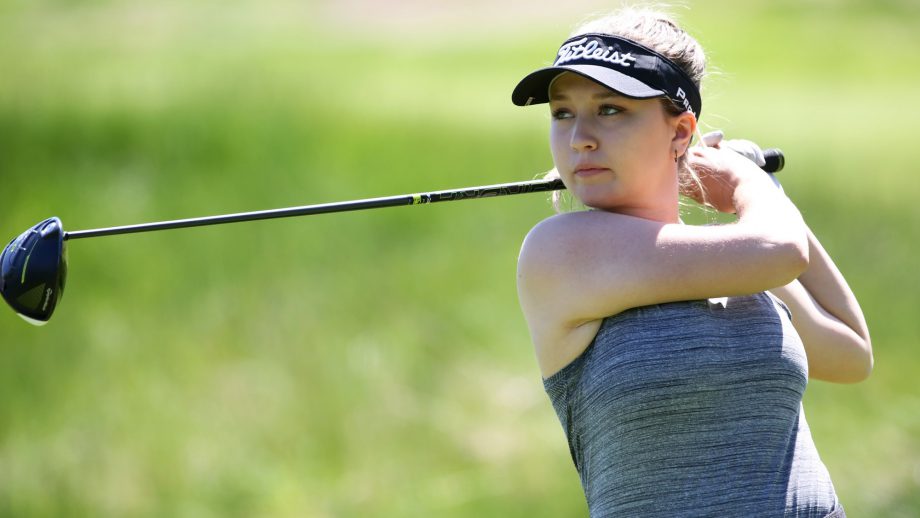 Ackroyd moved up two spots to take the lead in the girls division. The Calgary, Alta. product stayed consistent throughout the round, making 14 pars and two birdies to head into the final round at 4 over.

“I played really well. I just kept trying to stay consistent, finish well and keep it going,” said the 16-year-old. “I putted really well, so that saved me.”

Yesterday’s leader, Emily Zhu, had a rough front-nine but stayed afloat after making three consecutive birdies on holes 12, 13 and 14. The Richmond Hill, Ont., native will enter the final round sharing a piece of second with Calgary’s own Taylor Stone, two strokes behind the lead at 6 over par.

Tillie Claggett sits fourth after recording a tournament-low 69 (-1) during the second round, making her the only junior girl to score in the red so far.

In the boys division, Kai Iguchi carded a second straight 2 under 68 to hold onto his lead. The seventeen-year-old heads into the final round at 4 under.

Pincher Creek’s Ethan Choi catapulted into second place, posting the lowest round of the day (-3) to sit tied in third with Ethan de Graaf of Edmonton, Alta. They both sit two shots behind the lead at 2 under after two rounds.