Adam Hadwin 1 off the lead at Mayakoba 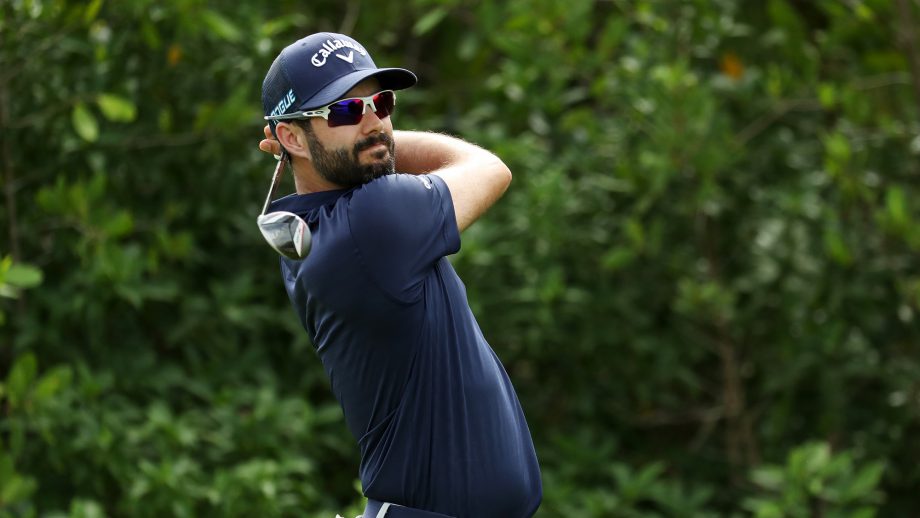 PLAYA DEL CARMEN, Mexico – Matt Kuchar decided at the last minute to play the Mayakoba Golf Classic and made it look like a smart move Thursday.

Kuchar missed only two fairways at El Camaleon Golf Club, key to good scoring, and kept bogeys off his card for a 7-under 64 that gave him a share of the lead with Dominic Bozzelli and PGA Tour rookie Kramer Hickok.

Kuchar has gone more than four years since his last PGA Tour victory. His 64 was his lowest opening round on tour since a 64 in the 2017 Phoenix Open.

“It’s an amazing resort, Mayakoba. So to be able to bring the family to enjoy some vacation time, it’s a bit of a working vacation,” Kuchar said. “I had a good time at the office, as well.”

Most players did, with more than half of the 132-man field in the 60s.

Canadian Adam Hadwin of Abbotsford, B.C., was in the group after carding a bogey-free 66 highlighted by an eagle on the par-5 13th hole. Fellow B.C. product Nick Taylor is T42 at 3 under par.

Jordan Spieth was not among them. Playing his second straight week in the fall – and his last tournament before his wedding – Spieth traded birdies and bogeys and had to settle for an even-par 71, leaving him in need to a good round Friday just to stick around for the weekend.

One of his former roommates had no such issues.

Hickok also played college golf at Texas and lived with Spieth in Dallas until a few months ago, when all the roommates had to find other arrangements as Spieth prepares for his marriage to Annie Verret.

Spieth had his first PGA Tour victory seven months after leaving college early. Hickok toiled on the Mackenzie Tour in Canada, then the Web.com Tour before finally making it to the big leagues. But he says he learns plenty by playing with Spieth at home.

“I’m reaching out when I’m home and trying to pick his brain a little bit here and there, but really just watching him play, what he does at practice,” Hickok said.

Among those in the large group at 65 was Abraham Ancer, whose tie for fourth last week in Las Vegas moved him to No. 98 in the world. That made Ancer the first Mexican golfer to crack the top 100 in the world ranking, and he carried that to his native soil and kept moving in the right direction.

Also at 65 were Bud Cauley as he returns from a car accident at the Memorial in early June, and defending champion Patton Kizzire, who made back-to-back eagles on the par-5 fifth hole and by holing out on the par-4 sixth.

Rickie Fowler was among those at 66.

Kuchar has slipped to No. 40 in the world, failed to reach the third round of the FedEx Cup playoffs for the first time in a decade and did not play in the Ryder Cup for the first time in 10 years. He still keeps upbeat on and off the golf course, and decided while in Las Vegas (a tie for 57th) to play Mayakoba.

His caddie already had other plans, so Kuchar hired a local caddie from El Camaleon.

His wife, Sybi, also got in on the act. Kuchar was playing with Zach Johnson, whose caddie (Damon Green) became ill from the heat with four holes to play. Kuchar’s wife was following along in the gallery and carried Johnson’s bag the rest of the way.

“I knew she had caddied for me before and was friendly with Zach Johnson, and figured she would be good to handle it, and Zach would go easy on her,” Kuchar said.

Kuchar and Johnson live at Sea Island on the Georgia coast.

Spieth was 2 under through eight holes until he dropped three shots over the next eight holes. Going back to an old driver didn’t help as he hit only six fairways, making it tough to score for anyone out of the rough.