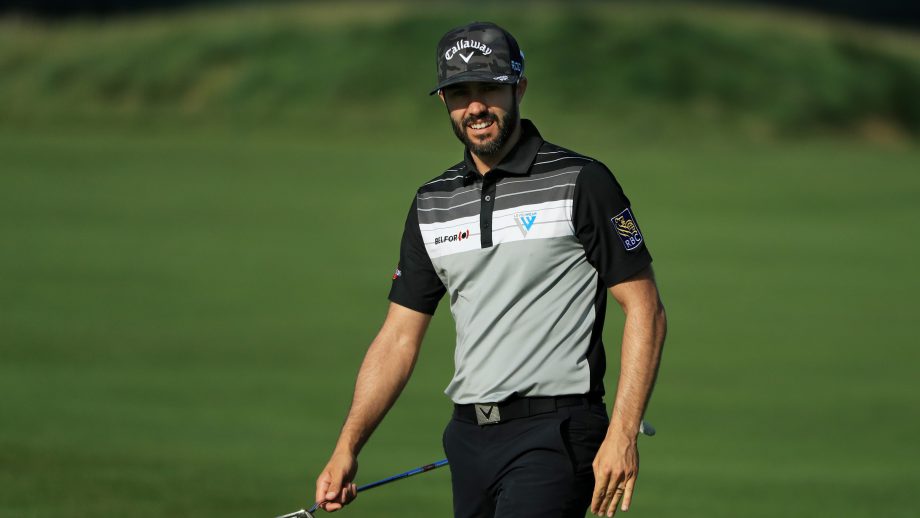 NORTON, Mass. – Adam Hadwin of Abbotsford, BC, finished with a share of 8th after firing a 3-under 68 on Friday at the Dell Technologies Championship.

The first time Justin Rose played a competitive round at TPC Boston, he shot 63. That was 15 years ago and he was not yet a TOUR member. He was playing on a sponsor’s exemption extended by then-tournament director Jay Monahan, now the PGA TOUR Commissioner.

Rose, then 23-years old, eventually finished solo third and earned his TOUR card without having to go through Q-school.

Since then, he’s played more than 300 TOUR events, won nine times – including a major and two WGC events – and also won an Olympic gold medal. It’s been a stellar career.

But he’s never been able to match that 63 – although he came close Friday with a bogey-free 6-under 65 to take the lead.

“This golf course has been changed and manipulated a lot through the years,” said Rose after his 45th career round at TPC Boston. “I think the first couple of years I played really well and enjoyed it. Then obviously significant changes through the years. I guess the last few years things have settled a little bit again.

“So I played better when it was pre-redesign. I probably had more success.”

Indeed. Besides his solo third in 2003, he tied for fourth in 2006. But since the debut of the FedExCup Playoffs the following year and the course’s redesign by Gil Hanse, Rose’s only top-10 finish came last year with a tie for 10th.

Perhaps he’s finally starting to solve it. He certainly solved the tricky wind conditions better than anybody else, and his bogey-free round was one of just two on the day (Abraham Ancer had the other in shooting 66).

Of course, it helps that he’s an established world-class golfer, ranked sixth in FedExCup points and fourth in the world.

Even so, TPC Boston – at least the latest version — may always seem liked a mystery to him.

“I’ve had some mixed results here,” said Rose, who turned his first missed cut of the season at last week’s FedExCup Playoffs opener into a six-day visit back home. “I’ve had some great weeks and I’ve had some poor weeks here. It’s a course I never really know exactly what to expect.

It was fun 15 years ago when he first saw it. Maybe it will be even more fun for him the rest of this week.