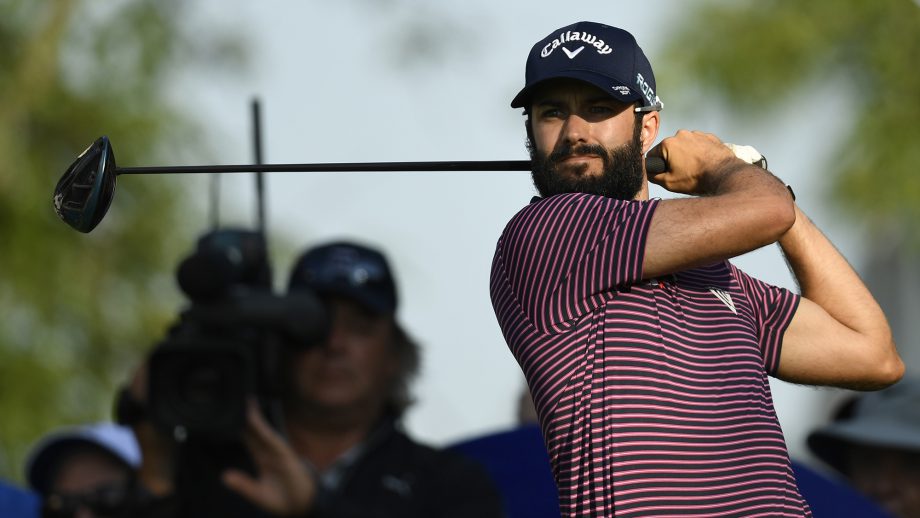 JEJU ISLAND, Korea, Republic Of – Brooks Koepka, recently named the PGA TOUR player of the year, gave himself the perfect opportunity to become the No. 1 player in the world when he shot a 7-under par 65 to move to within one shot of the lead in the CJ Cup on Friday.

At the Nine Bridges course, the three-time major champion made an eagle on his closing hole to finish on 8-under par 136 after two rounds, just one stroke behind Scott Piercy, who was bogey-free in matching Koepka’s 65.

With the wind subsiding and the course playing much easier than on the opening day when the scoring average was 73.26, 44 players – more than half the field of 78 – had under-par rounds.

Overnight leader Chez Reavie added a 70 to his opening-round 68 to sit in third place at 138, three behind Piercy. Sweden’s Alex Noren was the other player in with a 65, which moved him into a tie for fourth place alongside Ian Poulter (69), four out of the lead.

The best round of the day was a 64 by Brian Harman, who was tied for sixth and five behind Piercy.

The 28-year-old Koepka will move to the top of the world rankings when they are announced on Monday if he wins the tournament, as long as former No. 1 Justin Thomas, the defending champion here, does not finish any better than second.

Thomas, playing alongside Koepka, matched Koepka’s eagle on the last, but that was only for a 70 and he is tied for 22nd place at 1-under.

Koepka’s only bogey was on the par-5 ninth hole, where he hit a wayward tee shot. But he was otherwise pleased with the state of his “caveman golf.”

“I feel like my game is in a good spot. I feel like the way I played today, if I can carry that momentum into Saturday and Sunday, it will be fun,” Koepka, winner of the U.S. Open and the PGA Championship, said.

“My game is pretty simple. I guess you can call it like caveman golf – you see the ball, hit the ball and go find it again. You’re not going to see any emotion just because I’m so focused, but I’m enjoying it.”

Piercy, who has fallen to No. 252 in the world ranking despite winning the Zurich Classic earlier this year with Billy Horschel – there are no world ranking points for a team event – was rarely out of position in a round in which he found 13 of 14 fairways off the tee and reached 16 greens in regulation.

“Obviously, the wind was down a little bit and from a little bit different direction, so 10 miles an hour wind versus 20s is quite a big difference,” said Piercy, who is looking for his first PGA Tour win since the Barbasol Championship in July 2015.

“It was a good day. Hit a couple close and then my putter showed up and made some putts of some pretty good length.”

Canadian Adam Hadwin carded a second consecutive 71 to sit at 2 under par through 36 holes of play. Thanks to shots like the one below, the Abbotsford, B.C., product shares 15th place with six others.

Australia’s Marc Leishman, winner last week at the CIMB Classic in Kuala Lumpur, shot a 71 and was seven behind. Paul Casey’s 73 included a hole-in-one on the par-3 seventh hole and the Englishman is nine behind Piercy.