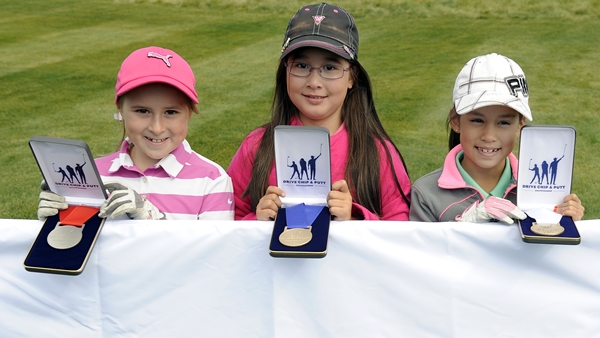 Kucy, 8, punched her ticket to Augusta National after earning a spot in the Drive, Chip and Putt finale which takes place the weekend prior to tournament week.

Close to 5,000 girls in 250 sites across the U.S. will compete in Kucy’s under-10 competition — 50,000 overall in all the divisions for boys and girls ages seven to 15 – after the qualifying procedure is complete for this year’s event.

Kucy won local qualifying (Dupont, Wash.), a sub-regional event (Lacey, Wash.), and then a final elimination (Park City, Utah.) to become one of just 10 girls who will compete for her division title at the 2015 Masters.

DID YOU KNOW? Canada has it’s own version of Drive, Chip and Putt. Click here to learn more about the CN Future Links Junior Skills Challenge.